I’m pretty sure that most readers here, don’t really live under rocks. And, they most certainly do not swallow the mainstream media news bites for everything. Nope, I am positive you all are very good at ferreting out your own news sources for reliable news and information.

So it should come as no shock to you that the drought, coupled with market factors, is going to have a deep and lasting effect on local food prices. In addition to a very poor harvest in some areas, the effects may cause problems with the coming growing seasons too, based on what I am reading lately. Read at AgWeb and other farming websites to gain an idea of the scope of the problems. There is also an excellent map showing drought conditions HERE.

So here is a tidbit that might have escaped your attention: The EPA issued new emissions standards a while back…..this time, they apply to maritime traffic. To lessen these emissions, they are requiring that the cargo ships use a low sulpher fuel mix, in place of the more typical (and much cheaper) bunker fuel that is typically used. TOTE has reached an agreement that allows them to continue to use the normal fuel, based on their promise to overhaul the ships…they are planning on converting to LNG over the next four years. What do you suppose it costs for such a conversion? We, the end consumers, will end up paying for that compliance to the new EPA rules, it’s a given.

Now, if you don’t know the intracacies of shipping to Alaska, that’s fine-but it helps to know a few things, so that when you hear about freight rates, surcharges, and so on, you’ll have an idea what it means on the grocery and feed store shelves. First, the major shipping companies establish a rate for containers, usually twice a year. I believe that this rate may be governed by regulation, but I am not positive. In addition, there is usually an added fuel surcharge. This is applied in addition to the rate, and has been running about 32 percent for the past couple of years. That is, base ship rate, plus 32 percent. (A few years back it was over 35, btw) So if the container costs you $5000 to ship, you will pay an additional $1600, or, $6600 for that container. Most containers have a limit as to weight, but in general, if you can “make weight” you will end up with the cheapest per pound price. Bulky, lightweight items end up costing more, on a per pound basis, due to volume. (Also known as cube if you are shipping LTL, or “less than load”) Now, there is an additional charge being added: Another 32 percent. What their rationale is for adding this, I have no idea but I presume it ties into the increased fuel and expected conversion costs.

So what does all this really mean? Scarce or nonexistent harvest, coupled with very high freight basically means we’re screwed. Royally and completely. Alaska gets over 90% of products through the port, via shipping containers. If you ask the folks working at the local WalMart, they are telling their customers to expect a price increase of as much as 40 percent on the very next shipment. This is due in small part to scarcity from the drought, but mostly due to freight charges. Just yesterday, a family member was told to expect as much as 140 percent increase in feed by spring. And no, that it not a typo. When the full effects of the drought are seen….it’s going to be pretty ugly. Many head of cattle were culled, meaning a temporary drop in price as the market was glutted-this is still ongoing, by the way. Same thing for hogs, and chickens. Now would be a very good time to stuff the freezer if you can. Next year, there will be a reduced number of livestock available, because much of what was slaughtered were producing females-due to either not having pasture, or no hay available, or feed costs prohibitive if shipped into a drought area. 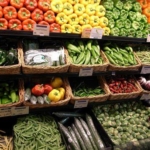