Has the US Administration decided to get rid of Jordan’s King Abdullah? This is the question that many Jordanians have been asking in the past few days following a remark made by a spokesman for the US State Department.

Deputy State Department Spokesman Mark Toner managed to create panic [and anger] in the Royal Palace in Amman when he stated that there was “thirst for change” in Jordan and that the Jordanian people had “economic, political concerns,” as well as “aspirations.”

The spokesman’s remark has prompted some Jordanian government officials to talk about a US-led “conspiracy” to topple King Abdullah’s regime.

The talk about a “thirst for change” in Jordan is seen by the regime in Amman as a green light from the US to King Abdullah’s enemies to increase their efforts to overthrow the monarchy.

The US spokesman’s remark came as thousands of Jordanians took to the streets to protest against their government’s tough economic measures, which include cancelling subsidies for fuel and gas prices.

The widespread protests, which have been dubbed “The November Intifada,” have resulted in attacks on numerous government offices and security installations throughout the kingdom. Dozens of security officers have been injured, while more than 80 demonstrators have been arrested. 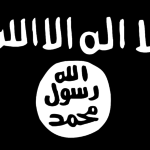 US Troops Now Training Jordanians to Defend Against Syrian Attack

Henry Kissinger: “In 10 Years, There Will Be No More Israel”; Egypt’s President Prays for Jews’ Destruction (+video)