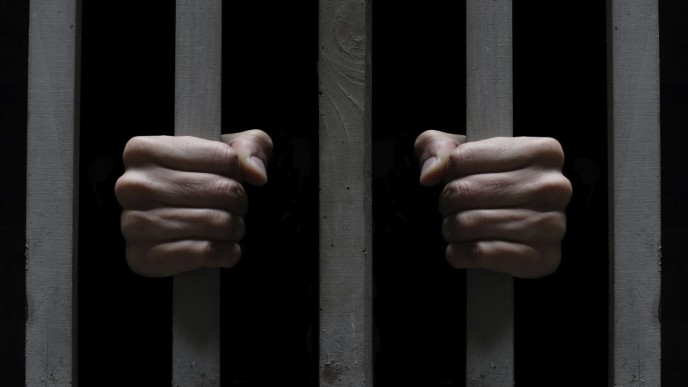 In case you thought Republicans had abandoned their push for the jailbreak legislation being promoted by the far left, think again. They are moving full steam ahead with the bill (S. 2123 and H.R. 3713) this spring after reaching a supposed compromise.

In a stunning admission that their bill would result in Willie Horton-style prison releases, the Washington Examiner is reporting that after removing the provision lowering sentences for convicted firearms felons, proponents of the bill still recognize the dangers of this legislation… but are proceeding anyway. As the Examiner noted:

‘You’re never going to eliminate the Willie Horton type of situation, the political ads aside, of somebody coming out [of prison] and committing a crime,’ the GOP Senate said. ‘It’s the nature of the human being. You’re never going to have 100 percent certainty, that’s never going to happen. But it would be a shame to just not ever do any sentencing reform, any criminal justice reform, because of that.’

First they told us the original draft (my analysis of which can be viewed here) was designed only for “nonviolent drug offenders.” Then when they were called out for the firearms felon provision, they removed it, but assured us the rest of the bill would only apply to low level criminals. Now, they are admitting that, yes, indeed this bill will likely result in the release of violent criminals, but… we need criminal justice reform at all costs! Doesn’t this remind you of “comprehensive immigration reform” as an end in itself?

In reality, they have good reason to fear a Willie Horton situation. As we’ve noted throughout our coverage of this issue, most drug offenders in federal prison are either illegal aliens, heavy duty drug dealers, or have rap sheets full of other violent offenses. The comments expressed by this GOP leadership aid echo the thoughts of Senator Durbin (F, 2%), a key sponsor of this bill. As reported by the LA Times last year, Durbin admitted they were playing Russian roulette with the security of their constituents, but the greater cause was worth the risk: “This is dangerous business for a politician. We are going to release people, but we don’t know what they are going to do. We may be held personally accountable. But if we use that as our inspiration we will never touch the sentencing laws.”

Further disquieting is the fact that many of those serving time for “low level” drug offenses are illegal aliens and a number of those who would be eligible for juvenile sentencing leniencies under title II of the Senate bill are MS-13 gang members. An MS-13 member who was convicted of murder when he was 17 years old and has served 19 years in federal prison could be let out on the streets with the flick of the wrist from a liberal judge. There is no provision in this bill to mandate the deportation of these individuals, which means many of them will be released into our communities.

When the back-end leniencies in title II are combined with the front-end leniencies on sentencing in title I, this bill could result in a major heroin dealer from a drug cartel serving just two years as opposed to the 10 years mandated by current law.

In my upcoming book, “Stolen Sovereignty,” I warn how the federal judiciary has become even more liberal than they were in the ‘70s, which served as the original impetus for mandatory minimums. This bill is the first step to ending all mandatory minimums, which is the end goal of those promoting the criminal lobby. Eradicating mandatory minimums at a time like this would result in chaos.
Not only is this effort a disastrous policy pursuit, it reflects tone-deaf politics. The relentless push for prison releases comes at a time when the percentage of Americans concerned about growing crime is higher than at any point since after 9/11. Leave it to Republicans to help the far left promote Willie Horton legislation at a time when Americans are clamoring for law and order. (For more from the author of “Jailbreak Caucus Admits They Are Pushing ‘Willie Horton’ Bill” please click HERE)

Watch a recent interview with the author below:

Stick a Fork in the Willie Horton Jailbreak Bill

Bill to Strengthen Faith-Based Health Care Options in Alaska Running out of...

FCC Kept ‘Obamaphone’ Fraud Under Wraps Until After It Expanded...
Scroll to top