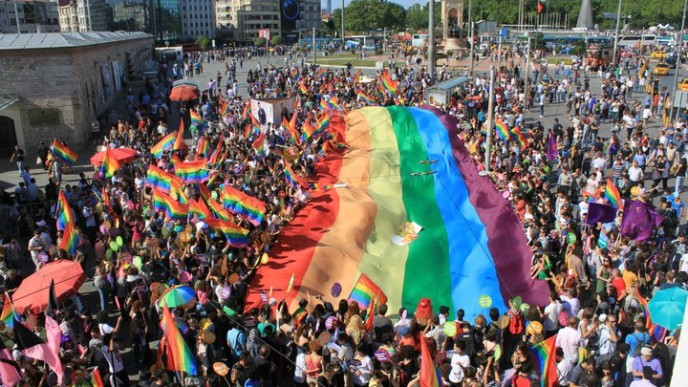 Rhetorical skirmishes continued Tuesday in North Carolina over a law limiting protections for LGBT people, as Democrats criticized a Republican’s plea to “keep our state straight.”

The criticism came a day after dueling demonstrations drew thousands of protesters for and against the law, ending with the arrests of 54 people voicing their opposition to the law in the Legislative Building.

At a demonstration supporting the law earlier Monday, the state’s Republican nominee for attorney general, state Sen. Buck Newton, urged the crowd to “tell your friends and family who had to work today what this is all about and how hard we must fight to keep our state straight.”

The North Carolina Democratic Party issued a statement Tuesday calling the comments hateful and discriminatory toward lesbian, gay, bisexual and transgender people. They called for Newton, who shepherded the legislation through his chamber, to apologize.

Newton told reporters on Tuesday that the phrase “keep our state straight” had nothing to do with sexual orientation. “It means keep men out of the ladies’ room,” he said. (Read more from “North Carolina Lawmaker: ‘Keep Our State Straight'” HERE)

Obama on Why the U.S. Won’t ‘Destroy North Korea’