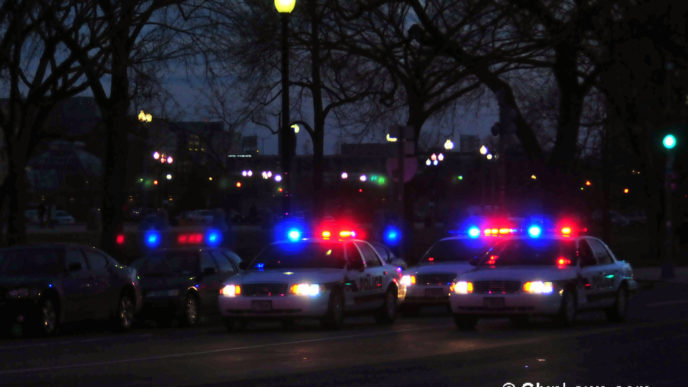 This week, three police shootings of black citizens in Baton Rouge, Brooklyn and Minnesota have sparked protest both locally and nationally. Here are some key facts about each.

On Monday, according to surveillance cited by “sources,” Delrawn Small attacked off-duty police officer Wayne Isaacs in Brooklyn over what has been described as “road rage.” Small allegedly walked up to Isaacs’ car and began punching him in the face as the officer sat. Isaacs, who is also black, took two punches before shooting Small.

According to news reports, Small was in a vehicle with his girlfriend, their infant child, and her two teenage daughters. He ignored his girlfriend’s admonitions not to confront Isaacs. One report indicates the altercation occurred because Small thought Isaacs cut him off, and at a red light got out of his vehicle. His girlfriend allegedly told police Small had three drinks at a BBQ, and had a temper.

Isaacs was treated for minor injuries and released from a hospital.

Members of Small’s family say they want justice. His brother asked, “When is it going to stop?” and his niece said she would “hunt” Isaacs down. The state is investigating the shooting, while police say they are confident Isaacs acted appropriately.

A nearby store owner said his video surveillance shows Small went after Isaacs, “punching the s&%t” out of him with “haymaker” punches.

One man, however, says Isaacs was at fault. He described both Isaacs and Small both out of their vehicles and yelling at each other after the vehicles nearly struck each other. “He just shot [Small] right there on the street,” said Lloyd Banks.

Small’s record included 19 arrests and three jail terms, and he finished parole for assault in 2013.

Isaacs was one of several officers accused of false arrest in 2014, during which time the suspect was struck on multiple occasions. The case was settled. The plaintiff in that case said one officer called him a derogatory racial term. The Stream was not able to immediately determine whether Isaacs was one of the officers who struck the plaintiff, or made the derogatory comment.

In the early hours of Wednesday morning, Baton Rouge, Louisiana, police got an anonymous call to go to Abdullah Muflahi’s Triple S Food Mart because a man in a red shirt allegedly threatened the caller with a gun.

Video shows two white police officers grabbing Alton Sterling, throwing him to the ground, and pinning him. They ordered him to not move, and then once yelled, “He’s got a gun.” Sterling appeared to continue struggling, and one of the officers pulled his weapon and ordered Sterling to hold still. A few moments later, an officer fired several shots, killing Sterling.

Sterling had a weapon in his pocket, taken out by police after he was killed.

The convenience store owner has given surveillance footage to police, claiming the two officers “murdered” Sterling. He said Sterling had been outside of his store for years, selling CDs, and doing nothing wrong. The owner also said Sterling had the weapon because he had been robbed.

Officers say their body cameras fell off during the altercation. Original video, which has now gone public, was provided by two bystanders as or after officers took Sterling down. The Department of Justice’s Civil Rights department is investigating the shooting.

Sterling’s record does not appear to have been known to the officers who responded to the anonymous call. According to Heavy.com, the record includes, but is not limited to, impregnating a 14-year old girl when he was 20, resulting in being placed on the sex offender list.

Sterling, who was 37 at the time of his death, had also grappled an officer in 2009, been accused of domestic violence and was accused of breaking into at least two women’s apartments. He was convicted at least twice on domestic violence charges, as well as simple assault. He was also on record as having possessed illegal drugs, and of changing his address without notification, a violation of state law for sex offenders.

Baton Rouge police were accused of racist and unnecessarily violent behavior by out-of-state officers who came to the city to help after Hurricane Katrina. ABC News reports that there was already significant racial tension in the city, between black residents and police.

Some have pointed to the record of one of the officers who was involved in Sterling’s death, Howie Lake. Lake and five other officers were placed on administrative leave after chasing a domestic violence suspect who eventually crashed a vehicle and exchanged gunfire with police. Lake and the other officer on-scene with Sterling had each received a departmental award in 2015.

Also on Wednesday, a Falcon Heights, Minnesota, police officer shot and killed Philando Castile after pulling him over for a broken tail light. According to The Washington Post, Castile was with his girlfriend Diamond Reynolds and her daughter. They were pulled over in the St. Paul suburb and the officer told Castile to get his license and registration.

According to Reynolds, Castile told the as-yet-unidentified officer that he had a firearm as he reached for his pocket to get his wallet. The officer yelled “Don’t move” and opened fire. At that point, Reynolds began recording Castile bleeding from wounds from which he would later die.

Governor Mark Dayton has asked the White House to have the Department of Justice investigate, which FBI Director James Comey confirmed on Thursday would happen. The Minnesota Bureau of Criminal Apprehension is already investigating the shooting, which Dayton theorized on Thursday was partly based upon “racism.”

Castile’s mother and Reynolds said he had a license for his weapon. In her video, Reynolds says, “He let the officer know that he had a firearm and he was reaching for his wallet and the officer just shot him in his arm.”

As she was telling the story, the officer, identified by Reynolds as “Chinese,” yelled at her to “keep your hands where they are.”

The interim police chief for the department, Sergeant Jon Mangseth, told reporters that “We haven’t had an officer-involved shooting in 30 years or more. I’d have to go back in the history books, to tell you the truth.”

“It’s shocking,” said Mangseth, according to The Washington Post. “It’s not something that occurs in this area often.” He went on to say more information would be released “as we learn it.”

Commenting on Castile’s death, National Review Online Editor Charles Cooke pointed to Minnesota law, which says that concealed carry permit holders, which Castile was, are only obligated to inform of their being armed if specifically asked. “Moreover, in no state is the mere act of carrying a firearm sufficient justification for a police officer to open fire,” wrote Cooke, who was careful to note that “the Devil will remain in the details” of what happened, and whether the officer will be found justified in killing Castile.

The Star-Tribune reports that Castille had been found guilty of 31 misdemeanors, all related to driving. He had worked for the St. Paul Public School District for 14 years. (For more from the author of “Some Key Facts About Three of This Week’s Police Shootings” please click HERE)