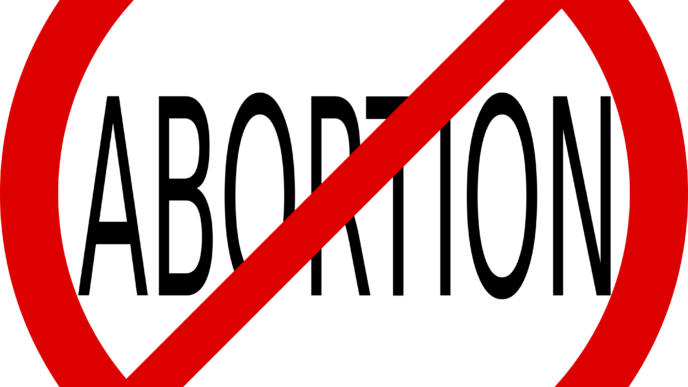 Society these past few decades has already made terrific inroads allowing men to avoid biological realities. Yet as progressives remind us, there is still much work to do. Here, then, is good news: it might soon become even easier for men not to be men. Introducing a novel way men can skirt their responsibilities: the so-called financial abortion.”

According to Catherine Deveny, the financial abortion “(also known as a paper abortion or a statutory abort) would essentially enable men to cut all financial and emotional ties with a child in the early stages of pregnancy.”

The financial abortion would allow a man, after having impregnated a woman, to disavow his responsibility for the child by “opt[ing] out of fatherhood early in a pregnancy.”

It’s not clear what incantation the man would have to recite to invoke the financial abortion. Perhaps he could chant “Me Not Thee” thrice in the presence of the mother and an independent witness. Whatever it is, after the spell is invoked, the father would lose forever all legal rights to the child, leaving all decisions, burdens and joys of the child to the mother.

Traditionally, a man is on the hook for his actions. At the very least, a man will incur financial obligations for his offspring, even if he wants no contact with the child or mother. On the other hand, a mother can usually, without consulting with or securing permission of the father, kill the life inside her.

To some, this imbalance between the sexes grates. Deveny says “it’s not fair for a man to be forced to become a parent.” She quotes Mel Feit, director of the National Center for Men:

Women now have control of their lives after an unplanned conception but men are routinely forced to give up control, forced to be financially responsible for choices only women are permitted to make, forced to relinquish reproductive choice.

A Swedish political group even introduced male abortion legislation, which was rebuffed. This went beyond a financial abortion; the law would have allowed fathers to have women they impregnated undergo forced actual abortions.

The financial abortion is, of course, less drastic. Doubtless, it would be appealing to many men. If financial abortions become law, a man could theoretically impregnate any woman he wants and then back out of his responsibility without penalty, as long as he followed whatever technical rules that were in place. Deveny argues, “A woman who chooses to continue a pregnancy from which a man has opted out would do so under no illusions, and be answerable to no one.”

The Purpose of Sex

Beside the natural imbalance between the sexes — an imbalance that is responsible for the continuation of mankind — why the push for financial abortions?

Deveny says, “Haven’t we moved past the thinking that people should be punished simply for engaging in pleasure? Do we really want our children to be conceived by force? … When we consent to having sex, we do not automatically consent to becoming a parent.”

These arguments are, as they must be, fallacies.

What is sex for? Deveny and many others say for fun, for the pleasure it brings. As seductive as this idea is — which of us hasn’t believed it at least once? — it must be false. The pleasure is a result of intercourse and not its purpose. Its purpose is so obvious that even Deveny knows it: Everybody knows it.

Many engage in sexual intercourse are careful to avoid its true purpose. Indeed, they do everything in their power to avoid it. Hence contraception — against conception. Anybody who uses contraception acknowledges that he understands full well the true purpose of sex, just that he wants to thwart it.

Contraception doesn’t always work; which is to say, methods to frustrate the true purpose of sex sometimes fail, as everybody also knows. In these cases, Deveny says, the fail safe is to kill that life which results from the sex. Deveny says “just because abortion may be a hard decision for some, does not mean it shouldn’t be made.” But whether one is for or against abortion, it doesn’t matter. The fact that abortion is used as a method of birth control reveals that all know the inbuilt purpose of sex: transmitting life.

This is why we can’t logically call it a “punishment” or coercive, as Deveny says, to let a sexual encounter fulfill its true purpose. You don’t have to view the child as a blessing or gift, but everybody knows that the result of sexual intercourse is often a child, and that this is natural.

This is why financial abortions are absurd. Every man engaging in sexual intercourse with a woman knows what the result might be. It therefore makes no sense that any man can disavow the child he created. (For more from the author of “A New Kind of Abortion … for Men” please click HERE)

Latest Felons to Be Released by Obama Probably Not Just Peaceful Drug Deale...