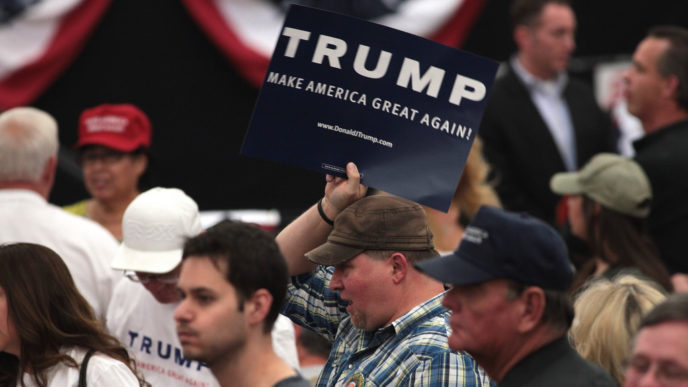 Eric Clanton, an adjunct professor at Diablo Valley College (DVC) in Northern California, has been arrested on charges of assaulting numerous individuals with a bike lock at an April political rally-turned-riot spearheaded by the radical-left Antifa organization.

The East Bay Times reports Clanton was arrested Wednesday in Oakland, Calif., “on three counts of suspicion of assault with a deadly weapon that isn’t a firearm and assault causing great bodily injury.”

Clanton remains in a Berkeley jail on a $200,000 bond. He was arraigned Friday at an Oakland courthouse.

On April 15, a conglomerate of Trump supporters gathered in Berkeley for a “Patriots Day” event. Their event was crashed by far-left Antifa protesters, and soon thereafter, the two sides clashed. Twenty-one individuals were arrested, according to police, and six hospitalized for injury.

Clanton, 28, is thought to be the masked individual in the video below who smashed a Trump supporter in the head with a U-lock at the Patriots Day event, giving his victim a large gash.

The Berkeley Police Department started investigating the allegations against Clanton in April, according to Golden Gate Xpress, the student paper for San Francisco State.

According to his Diablo Valley College faculty profile (which has since been taken down), Clanton began teaching at the school in 2015 and holds a master’s degree in philosophy. However, the community college district spokesman said that Clanton had not been working this spring semester.

Eric Clanton’s master’s thesis focused on the “intersection of virtue ethics and affective/emotional perception in the context of environmental philosophy,” according to Clanton’s website.

“I am also interested in feminist theory as well as critical and philosophical approaches to prisons and police enforcement,” he adds.

Clanton’s (former) bio at DVC read in part: “His primary research interests are ethics and politics. His work in political philosophy also centers on mass incarceration and the prison system. He is currently exploring restorative justice from an anti-authoritarian perspective.”

Before DVC, Clanton was a lecturer at Cal State, Sacramento, where he taught two classes on ethics. He was also a graduate teaching assistant in the philosophy department at San Francisco State for multiple semesters.

Clanton was allegedly identified as the bike-lock suspect thanks to the work of several dedicated 4chan users, a popular politics message board. Users there say they identified Clanton through a crowdsourced effort that focused on his clothing, skin markings, facial alignments, and other identifying markers. They then compared those criteria with the profile of the masked Antifa rioter.

In a comment to the Diablo Valley College student newspaper on April 20l, DVC spokeswoman Chrisanne Knox said the claims against Clanton were “based on an unsubstantiated allegation from unknown sources.”

Requests for information from various officials at Diablo Valley College were not returned. (For more from the author of “Ethics Prof. Charged in Deadly-Weapons Assault of Trump Backers” please click HERE)