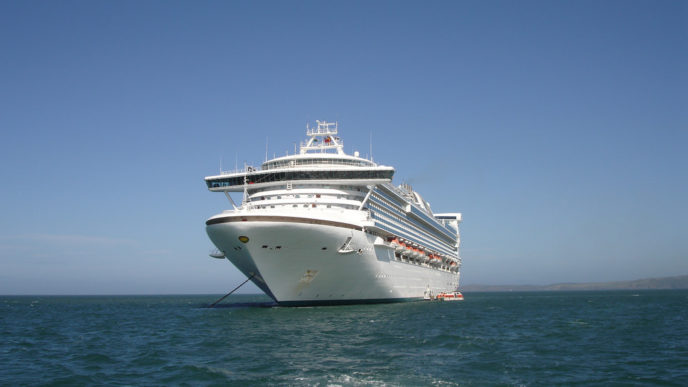 A Utah man who was discovered with his dead wife in their blood-splattered cabin aboard an Alaska cruise ship Tuesday night told an acquaintance he killed her because “she wouldn’t stop laughing” at him, the FBI revealed in a criminal complaint on Thursday.

Kenneth Manzanares, 39, was charged with murder in the death of his wife Kristy Manzanares, FOX13 reported. An acquaintance came into the cabin and found Manzanares’ hands and clothes as well as the walls of the cabin covered in blood, the FBI said.

“She would not stop laughing at me,” Manzanares allegedly told the acquaintance.

It’s unclear what caused the woman’s death, but she was discovered with a severe head wound. Her body was found on the cabin floor covered in blood, court documents stated. (Read more from “Utah Man Killed Wife on Alaska Cruise Because ‘She Would Not Stop Laughing’ at Him” HERE)

What Jeff Sessions Thinks About Trump’s Attacks
Scroll to top