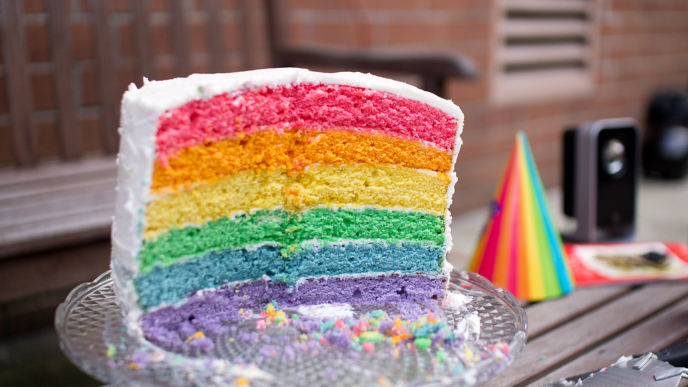 Yesterday, the Supreme Court ruled in favor of cake maker Jack Phillips in the Masterpiece Cakeshop case. Justice Kennedy wrote the decision for the Court, joined by six other justices, both liberal and conservative. Justices Gorsuch and Alito concurred, Justices Thomas and Gorsuch concurred, Kagan and Breyer concurred, and Justices Ginsburg and Sotomayor dissented.

There is very little principled analysis in any of the Court’s five opinions except for that of Justice Thomas, who concluded that Phillips was denied his freedom of speech.

Justice Kennedy’s majority opinion focused mainly on the despicable treatment Phillips received in front of the Colorado Civil Rights Commission. In particular, Justice Kennedy noted that the Commission ruled against Phillips for his refusal to bake a pro-gay cake, but ruled in favor of three other bakers who refused to bake anti-gay cakes.

The significance of the majority opinion is nicely summed up in its last paragraph: “The outcome of cases like this in other circumstances must await further elaboration in the courts, all in the context of recognizing that these disputes must be resolved with tolerance, without undue disrespect to sincere religious beliefs, and without subjecting gay persons to indignities when they seek goods and services in an open market.”

In other words, this decision is essentially confined to his facts — ruling for Jack Phillips because the Colorado commission was openly hostile towards Phillips’ religious beliefs. Every future case involving such a state “public accommodations” law, however, will be a balancing act, conducted by federal judges, pitting homosexual “dignity” against sincere religious beliefs.

Justices Kagan and Breyer, though joining the majority, wrote separately to state their belief that there were good legal reasons for the state Commission to have reached different opinions in the pro-gay and anti-gay cake cases. Justices Gorsuch disputed that notion.

Next, Justice Thomas wrote separately to address Phillips’ Free Speech claim, since the majority had resolved the case solely on a Free Exercise basis. Thomas claimed that wedding cake baking is an inherently expressive activity, and to force someone to bake a certain wedding cake forces them to express themselves in ways they may find offensive. Importantly, Justice Thomas challenges the notion that the most important thing in the case is the protection of the “dignity” of homosexuals. He noted that “Concerns about ‘dignity’ and ‘stigma’ did not carry the day when this Court affirmed the right of white supremacists to burn a 25-foot cross … conduct a rally on Martin Luther King Jr.’s birthday … or circulate a film featuring hooded Klan members who were brandishing weapons and threatening to ‘Bury the n….’”

Finally, Justices Ginsburg and Sotomayor wrote espouse their apparent belief that the most important bedrock principle in American law is the tenet that “Gay persons may be spared from ‘indignities when they seek goods and services in an open market.’”

In essence, the Supreme Court kicked the can down the road in its failure to provide a clear ruling whether the First Amendment prohibits the application of a state law prohibiting discrimination on the ground of sexual orientation to a Christian cake baker or other businessman who refuses service celebrating same-sex marriage.

It was good to see that Justice Kennedy gave the radical homosexual political movement a dose of their own medicine of Romer v. Evans, reversing the ruling of the Colorado Civil Rights Commission against a Christian baker on the ground that the Commission was motivated by overt hostility to the baker’s Christian faith. In an opinion that only Justice Kennedy could have written was the lesson that Thumper’s mother taught — “If you can’t say something nice, don’t say nothing at all.” One wonders how the case would have come out if the Colorado Commission had not been overtly hostile to Jack Phillips.

Indeed, the several opinions issued by the Court in this case are written self-consciously nice. In contrast to the bloody battlefield of Obergefell, the justices collectively held back their ammunition, calling for tolerance, fairness, and neutrality, hoping by their surface collegiality to inspire a gentler spirit within which to paper over an unresolvable conflict that the Court itself has created and imposed upon the American people. The Court’s call for “neutrality” however, abandons its duty to say what the law is.

The best can be said about this decision was what Justice Thomas noted in conclusion, “it seems that religious liberty has lived to fight another day.” However the Masterpiece decision certainly provides little guidance for how future cases will be decided. The decision does not even resolve the Arlene’s Flowers case, which remains pending on a petition for certiorari before the Supreme Court.