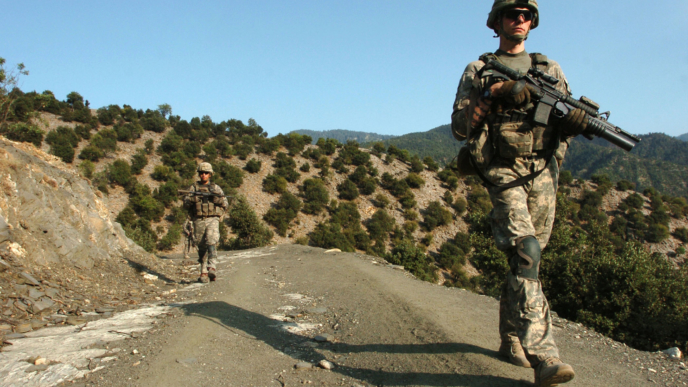 Lauretta already wrote about how Nathan Phillips wasn’t a Vietnam War veteran, despite original reports. He was in the U.S. Marine Corps from 1972-1976 and never left stateside. Phillips is at the center of a media controversy that has gotten out of control. During the March for Life, a group of students from Covington Catholic High School in Kentucky gathered by the Lincoln Memorial during the March for Life. They were being accosted verbally by a group of Black Hebrew Israelites, an alleged black supremacist and racist group that hurled obscenities at the teenagers. They, in turn, did sports chants to drown out the nonsense, which prompted Phillips, who was part of an Indigenous Peoples March, to approach the group, hoping to intervene and stop things from escalating. There was no controversy, but the kids were wearing Make America Great Again hats. So, of course, the knee-jerk liberal media reaction is that these kids hounded Phillips and chanted, “Build the wall.” All of this is fake news. It never happened.

This story has become a fiasco. Nick Sandmann, the student captured in the video footage of Phillips beating his drum by the students, issued a statement clarifying what happened. Phillips felt like his narrative was stolen, whatever that means. Brick after brick of the original reporting from the anti-Trump opposition press has been refuted. Now, after the Vietnam veteran angle was blown up, we know a little more about his military service. Over at RedState, Jennifer Van Laar wrote about his DD-214 form that further refutes what he did while in the service. For starters, he was AWOL a lot working as a refrigerator repairman:

I want to be a Frigidaire ranger…
I want to keep stuff cool n' crisp… https://t.co/5RuOBq2i6k

Self-described "recon ranger" Nathan Phillips was a rifleman for two days and a refrigerator mechanic in Lincoln, Nebraska and El Toro, California the rest of his service. Retired a private.https://t.co/exSIHBGWS9 pic.twitter.com/vJg4WtYzcz

He enlisted under Nathaniel Richard Stanard, an “adopted” name, according to the DD-214, but his birth name was Nathaniel Phillips. He enlisted in the Marine Corps Reserves, serving from 1972 to 1976. He never left the United States during his service in Lincoln, NE, and El Toro, CA, and was discharged as a private.

Now, I’m not the military expert that Streiff is, but during my years living near Fort Bragg and Camp Lejeune I came in contact with quite a few soldiers and Marines. My understanding is that it takes a special talent – of the “I don’t really want to do any work” type – to not promote beyond private in four years. (I’m sure I will be corrected in the comments if my take is incorrect.)

Also, his duty status lists “discharged,” not “honorably discharged.” That could have to do with his multiple stints in confinement after being AWOL.

(Read more from “Revealed: Nathan Phillips’ Discharge Papers Released… And He Was AWOL a LOT” HERE)

Covington Mom Speaks out About the Viral Encounter

New York Bookstore Closes for a Day to Mourn the State’s New Abortion...
Scroll to top