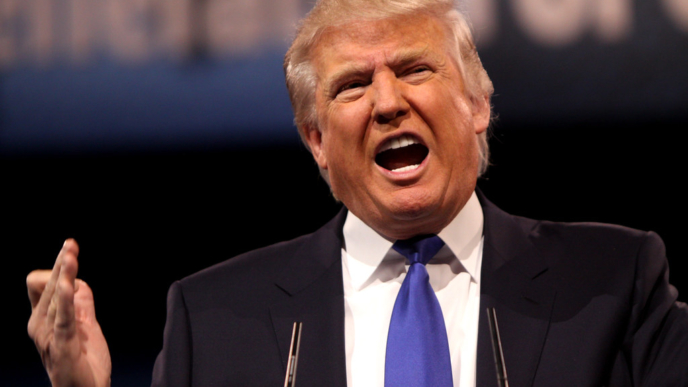 By Fox News. President Trump again described the situation at the U.S.-Mexico border as a “national emergency” at a Florida campaign rally Wednesday, saying the caravans headed to the United States were an “invasion” and voicing his concerns against human and drug trafficking.

“No nation can tolerate a massive organized violation of its immigration laws. And no one should run for office without an ironclad pledge to protect and defend America’s borders,” Trump told the Panama City Beach crowd. “Shouldn’t be allowed to run. And to confront this crisis — you saw that! It was a big deal two months ago. I declared a national emergency, which is what it is. This is an invasion!”

“When you see these caravans starting out with 20,000 people, that’s an invasion. I was badly criticized for using the word ‘invasion.’ It’s an invasion!” Trump said, defending his rhetoric. (Read more from “Trump Defends National Emergency Declaration, Reveals the Problem With Dems” HERE)

By Reuters. President Donald Trump and aides on Tuesday briefed a group of Republican senators on a merit-based immigration plan that would let more highly-skilled workers into the United States and fewer low-skilled workers, a senior administration official said.

The overall effect of the plan, the official told a group of reporters, would be to leave the number of legal immigrants allowed into the United States at about the same.

“We want to encourage immigration. But it’s got to be through the legal system,” the official said.

Separately, Senate Judiciary Committee Chairman Lindsey Graham, whose committee would have to shepherd such legislation through the Senate, described the effort to reporters as “a merit-based immigration proposal that deals with increases in work visas and decreases family visas.” The latter refers to visas for relatives of immigrants already in the United States. (Read more from “Trump Briefs Republican Senators on Emerging U.S. Immigration Plan” HERE)