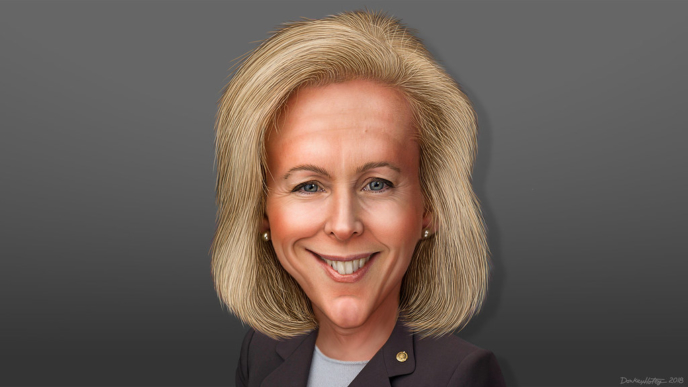 Sen. Kirsten Gillibrand (D., N.Y.) compared pro-life beliefs to racism and suggested the pro-life viewpoint is “not acceptable” during an interview with the Des Moines Register.

Gillibrand’s comments came in response to a question about if having a litmus test for judicial nominees would threaten judicial independence. The senator has promised to only appoint justices who would uphold Roe v. Wade.

“I think there’s some issues that have such moral clarity that we have as a society decided that the other side is not acceptable. Imagine saying that it’s okay to appoint a judge who’s racist or anti-Semitic or homophobic. Asking someone to appoint someone who takes away basic human rights of any group of people in America—I don’t think that those are political issues anymore,” Gillibrand said.

“And we believe in this country in the separation of church and state, and I respect the rights of every American to hold their religious beliefs true to themselves, but our country and our Constitution has always demanded that we have a separation of church and state,” Gillibrand continued. “And all these efforts by President Trump and other ultra-radical conservative judges and justices to impose their faith on Americans is contrary to our Constitution and that’s what this is. And so I believe that for all of these issues, they are not issues that there is a fair other side. There is no moral equivalency when you come to racism, and I do not believe there is a moral equivalency when it comes to changing laws that deny women reproductive freedom.” (Read more from “2020 Dem: Being Pro-Life Is the Same as Being Racist” HERE)

Congress Moves to Approve Space Force, but Trump Isn’t Getting Any Cr...