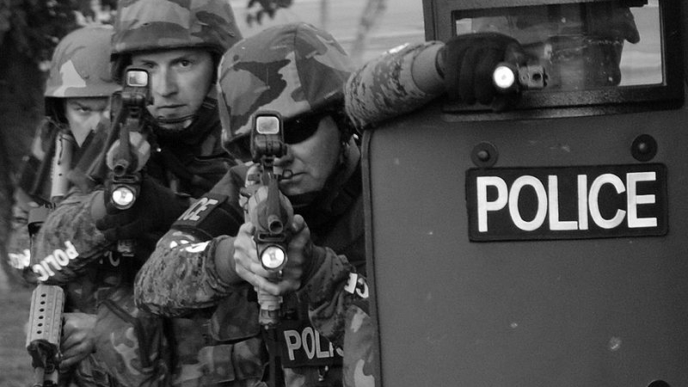 . . .In a legal decision by the U.S. Court of Appeals for the Seventh Circuit, three judges determined that even though police illegally entered Paul Huskisson’s home without a warrant, the evidence they obtained during that illegal entrance could be used against him in court.

The story starts on February 5, 2016, when Anthony Hardy was arrested by Drug Enforcement Administration agents. He cut a deal by admitting to his drug offenses, giving up his drugs and guns, and providing the names of two local drug dealers to the authorities. One of those drug dealers was Huskisson, who at that time was unknown to Indianapolis DEA agents.

Hardy told agents he had been purchasing methamphetamine from Huskisson for months and that Huskisson was expecting a large shipment the day after Hardy was arrested. DEA agents listened to phone calls between Hardy and Huskisson about the shipment and recorded those phone calls.

On the day of the shipment, DEA agents were on standby as Hardy, Huskisson, and two other men handed off the drugs. When Hardy came outside and gave the signal, agents rushed into Huskisson’s home to secure the scene. The problem, however, was that they hadn’t received a search warrant to do so.

“Later that night, DEA agents filed the warrant application for Huskisson’s house. The application detailed Hardy’s history of drug deals with Huskisson, as well as the many phone calls between Hardy and Huskisson in the last twenty-four hours,” the judges wrote.

Meadows Drops a Major Truth Bomb About the FBI’s Involvement in the Russia...
Scroll to top