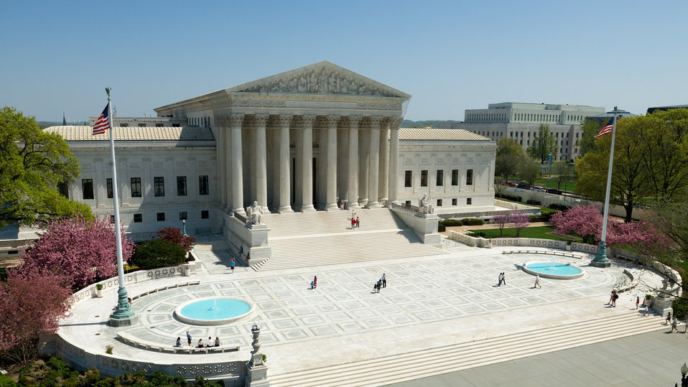 In a complicated 5-4 ruling handed down on its last day of its recent session, the Supreme Court ruled that the Trump administration’s addition of a citizenship question to the census complied with the constitution, but also effectively blocked its implementation for the 2020 survey.

In short, the ruling finds that the executive branch has a right to reinstate a question about citizenship, but that it needs to come up with a better explanation for adding it.

“The text of that clause ‘vests Congress with virtually unlimited discretion in conducting the decennial ‘actual Enumeration,” and Congress ‘has delegated its broad authority over the census to the Secretary,’” the majority found. “Given that expansive grant of authority, we have rejected challenges to the conduct of the census where the Secretary’s decisions bore a ‘reasonable relationship to the accomplishment of an actual enumeration.’”

At the same time, the ruling also sent the issue back to the lower courts for further development of the administration’s decision to add the question, citing “unusual circumstances” and a “disconnect between the decision made and the explanation given.”

“The reasoned explanation requirement of administrative law, after all, is meant to ensure that agencies offer genuine justifications for important decisions, reasons that can be scrutinized by courts and the interested public,” the ruling says. “If judicial review is to be more than an empty ritual, it must demand something better than the explanation offered for the action taken in this case.”

Sending this issue back down the judicial chain, however, makes it highly unlikely that the question will appear on the federal 2020 census, given the fact that the case had already been fast tracked in order to provide a ruling before the administration had to start printing forms in the coming months.

Following the decision, the American Civil Liberties Union — which opposed the administration in the case — called the ruling “a victory for immigrants and communities of color across America. It is a victory for democracy itself,” and added that “Everyone MUST come together to make sure that the 2020 census counts every person.”

The administration announced the new question in March 2018. It was then challenged in federal court, where it was blocked earlier this year. Democrats’ opposition to the question has also led to a subpoena fight between House Democrats and the Departments of Justice and Commerce in recent weeks.

“We are disappointed by the Supreme Court’s decision today,” DOJ spokesperson Kelly Laco told Blaze Media in a statement. “The Department of Justice will continue to defend this Administration’s lawful exercises of executive power.”

(For more from the author of “Scotus Sides with Trump on Constitutionality of Census Citizenship Question, but the Question Is Still Unlikely to Appear on 2020 Forms Due to Remand” please click HERE)

Upshot of Today’s SCOTUS Rulings: Courts Are God Except for One ‘Rare C...