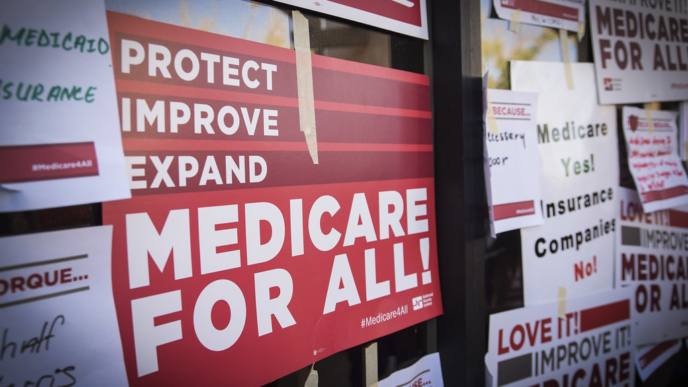 Nearly half of likely U.S. voters oppose Medicare for All, according to a Rasmussen national poll published Thursday.

The poll found 46% of likely U.S. voters oppose the universal health care plan similar to those proposed by 2020 Democratic candidates like Sens. Bernie Sanders and Elizabeth Warren, while 39% are in favor of such a program, the poll shows.

Among Democratic voters specifically, 32% are willing to pay any cost in higher taxes in exchange for Medicare for All.

Medicare For All …. But Wait, There's More

Meanwhile 32% of Democrats are unwilling to pay ANY higher taxe$ to bring #MedicareForAll into existence. https://t.co/eTuYBLmJKt pic.twitter.com/GxpbcGR0Qg

The poll, which asked 1,000 likely voters if they support Medicare for All and had a margin of sampling error of +/- 3 percentage points, shows a decrease in support compared to a similar Rasmussen poll published Sept. 18. That poll found that 41% of likely voters opposed the universal health care program while 44% were in favor. (Read more from “New Poll Reveals How Americans Feel About Medicare for All” HERE)