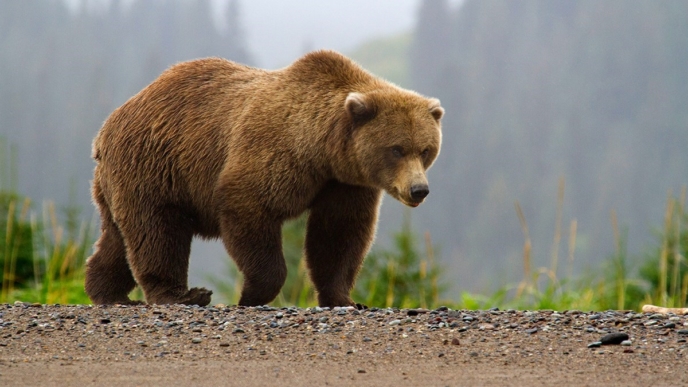 A missing hiker made it out of the woods and flagged down help after she was attacked by bears in Alaska, authorities said.

Fina Kiefer, 55, had contacted her husband asking for help early Tuesday after multiple bears charged at her on Pioneer Ridge Trail near Palmer, state troopers said. . .

It wasn’t until Wednesday evening that one of the members of the search crew notified troopers that Kiefer had walked out of the woods and flagged him down for help.

Stephen Dunphy, the volunteer who saw Kiefer emerge from the woods, said she “was standing on the side of the road.” (Read more from “Alaska Hiker Found Alive After Being Attacked by Bears” HERE)