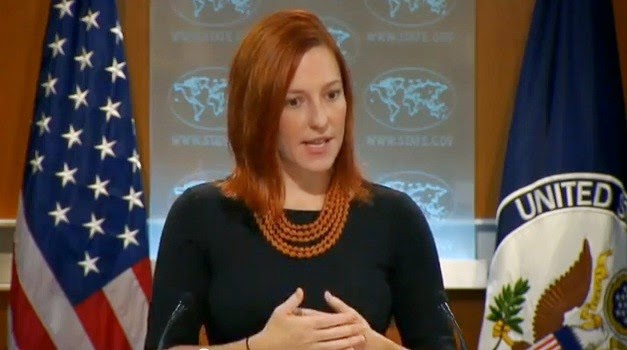 Psaki denied that the president talks business with his son in response to new evidence that he met, while vice president, with Hunter Biden’s business associates from Ukraine, Russia, Kazakhstan and Mexico.

“The president does not discuss business dealings with family members and otherwise I’m not going to respond to Rudy Giuliani’s lawyer,” Psaki said in response to a question from The Post at her daily press briefing.

Psaki, who also was asked at the briefing about ethical questions involving the first son’s new art career, additionally confirmed to The Post that Hunter Biden still co-owns a Chinese investment firm known as BHR Partners, which was formed 12 days after he joined his father aboard Air Force Two for a December 2013 trip to Beijing. (Read more from “Jen Psaki Lies, Claims Biden Didn’t Discuss Business With Hunter” HERE)

The Bizarre Connection Between Jill Biden and ‘Wife-Killer’ Robert...