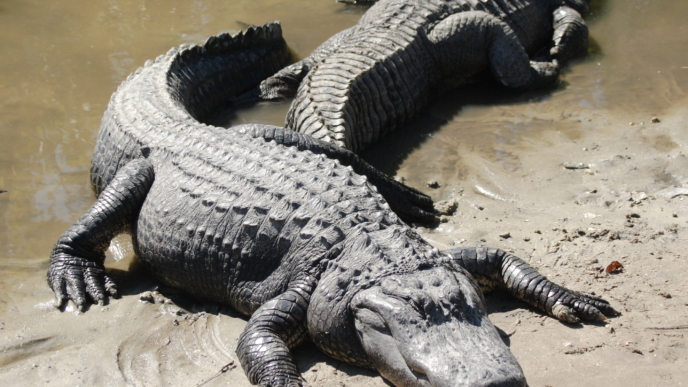 Something is lurking beneath the waves in the Gulf of Mexico that is big enough to eat an alligator whole. And scientists don’t know what it is. . .

That’s why two Louisiana Universities Marine Consortium scientists sank three alligator carcasses 2 kilometers to the bottom of the Gulf of Mexico in a recent experiment. It didn’t take long to realize there was something down there they didn’t expect.

The first alligator was devoured in less than a day. Giant isopods and some other scavengers of the sea ripped it apart and ate it from the inside out. Scientists expected that. Though, it all happened a lot faster than they thought.

They left the second carcass on the ocean floor for longer. It stayed submerged for 51 days before scientists fished it out and found that something had picked the body clean. . .

But the third alligator was gone. Something gigantic snatched it and dragged it away. (Read more from “Eerie: Scientists Suspect Massive Unknown Predator at Bottom of the Sea Capable of Eating an Alligator” HERE)

Left-Wing Ideologues on 20th Anniversary of 9/11: The Capitol Riot Was Wors...