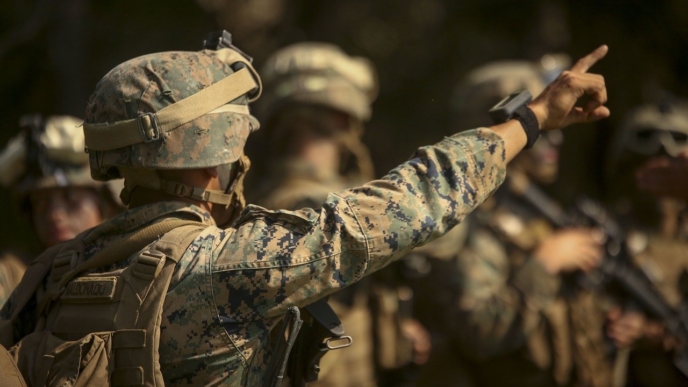 By Washington Examiner. A Marine who claimed he was “relieved from duty” after going viral for criticizing military leadership over the withdrawal from Afghanistan now speculates he might be court-martialed and “will probably do some jail time.”

Stuart Scheller , who claims now to be a former lieutenant colonel , has been posting regular updates about his dissenting stance that led to his alleged removal from the military, saying in a Wednesday update to a video he uploaded to social media on Aug. 27, “The Marine Corps will assign an investigating officer. Most likely a Colonel.”

Scheller’s initial video posted last week came just hours after 11 Marines, one Navy sailor, and one Army soldier were killed during a terrorist attack in Kabul near the airport. The United States scrambled to evacuate as many eligible Afghans and U.S. citizens from the country before the Aug. 31 deadline for military forces to exit the country. Scheller said in the video that he knew at least one person who was killed in the Kabul attack.

“Once the investigating officer finalizes his recommendation, the Marine Corps will decide if they should pursue court-martial,” Scheller claimed on Wednesday, adding that if it does go to court-martial, “I will be found guilty and will probably do some jail time. This will provide me a valuable opportunity to read, write, and contemplate.”

The Marines confirmed Scheller’s “situation is currently under investigation” but declined to provide further details to the Washington Examiner on Wednesday, according to Capt. Sam Stephenson, a spokesman for the Training and Education Command. “The Marine Corps is not providing any additional information regarding Lt. Col. Stuart Scheller. His situation is currently under investigation and being handled appropriately by his chain of command, and therefore, we cannot comment further.” (Read more from “Marine Who Spoke Out About Afghanistan Withdrawal Says He Expects To Be Jailed” HERE)

By Konstantin Toropin. Gen. David Berger, commandant of the Marine Corps, thinks the U.S. military should thoroughly examine the decisions it made in the withdrawal from Afghanistan.

“While it’s relatively fresh in our minds, we need the honest, open critique, or a commission … that cracks open: What were the options that were available, who made what decisions at what time?” he said Wednesday speaking at an event sponsored by the Center for Strategic and International Studies, a think tank based in Washington, D.C., and the U.S. Naval Institute.

Berger was responding to a question about whether he thought his recent memo to reassure veterans that the war in Afghanistan was worth their sacrifices still applies now that the conflict is over.

“The events of the past 10 days have not at all altered my view of ‘was it worth it,'” he replied.

The top Marine officer said that, in the last two days, he and others have gone back “through the Holloway Commission, the Long Commission” in an effort to “try to figure out a framework or how can we study, to your point, what went right, what went wrong, what can we learn going forward.” (Read more from “Marine Commandant Wants ‘Honest, Open Critique’ of Afghanistan Withdrawal” HERE)

Joe Biden Is Lying to Americans About Afghanistan