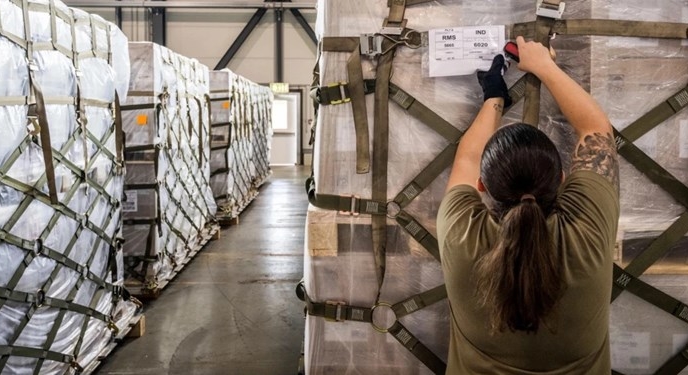 The first shipment of the White House’s Operation Fly Formula won’t immediately go to store shelves but will instead be delivered to facilities in areas with the most need.

The first flight delivered 132 pallets of baby formula to Indianapolis on Sunday, providing enough of the product to feed 9,000 babies and 18,000 toddlers for one week, according to government officials. However, none of that initial shipment will go to stores right away. Instead, it will be distributed to hospitals, doctors’ offices, healthcare facilities, and pharmacies in areas where “needs are most acute,” a Biden administration official told CNN.

“It is a large shipment of very specific and specialized formula,” Agriculture Secretary Tom Vilsack told reporters Sunday. “Formula for moms and dads who have children who have allergies where the regular formula just simply will not work.”

The delivery is the first of two shipments of Operation Fly Formula, which will transport a total of 246 pallets of baby formula, enough to fill 1.5 million 8-ounce bottles, according to the White House. The second flight is expected to “take place in the coming days” and will distribute 114 more pallets of formula.

The formula shipment on Sunday included Nestle Health Science formula products, such as Alfamino Infant and Alfamino Junior, which are for infants who cannot digest the protein in cow milk.

The worsening shortage of baby formula, the primary source of nutrition for many infants, particularly those who require specialty mixtures due to allergies or gastrointestinal conditions, has led to a 40% decrease in inventory nationwide, according to Datasembly. (Read more from “First Shipments of Operation Fly Formula Won’t Go to Stores” HERE)