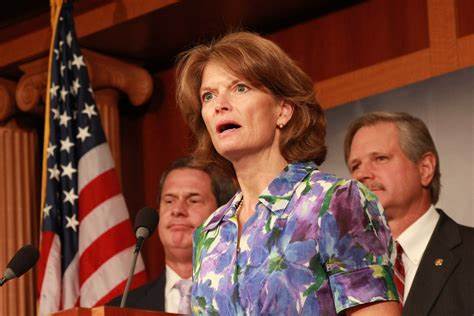 “Those who don’t learn from history are doomed to repeat it.” So said George Santayana. Alaska’s been on replay for years. It’s time to learn a lesson. So, buckle up, and let’s take a quick trip down memory lane.

In December 2002, Governor-elect Frank Murkowski shocked and scandalized the world by appointing his daughter Lisa to serve the remainder of his term in the United States Senate.

The Alaska Legislature was so incensed by the move that they promptly passed legislation to block such a move from ever happening again.

What history has largely forgotten is that when then-Senator Lisa Murkowski stood for election in 2004, her electoral “victory” came under highly suspicious circumstances in both primary and general elections. Murkowski’s primary opponent that year was former State Senate President Mike Miller, who had been appointed to serve as her father’s Commissioner of Administration just months earlier.

According to those close to Mike Miller’s US Senate campaign, there was never a serious effort to compete with the Governor’s daughter, which prompted one staffer I’m acquainted with, when asked about Mike’s endorsement of Murkowski’s 2010 campaign, to quip: “I wish I could say that I’m surprised.” Other staffers and/or volunteers on Mike Miller’s US Senate campaign expressed the same sentiment. But it was the 2004 General Election that ushered in the larger controversy. At the time, though I was an Alaska resident, I missed the controversy. Only six years later when prominent Democrats reached out to support us in our challenge of Murkowski’s write-in did I become aware of the significance of that election. Ironically, the numbers are still on the Division of Elections website for the initial elections report. In that report, 51 precincts reported more than 100% turnout, and another 23 precincts reported more than 90% turnout, largely in heavily Republican Districts.

A group of Democrats came up with funds for a recount, saying they distrusted the machine count of the ballots. The recount supposedly confirmed the initial election results, and the recount report didn’t show any of the precinct irregularities the second time around. But six years later, Democrats were still smarting from what they deemed to be a rigged election.

After getting blindsided by a Joe Miller victory in the 2010 Republican primary, Lisa Murkowski launched her “historic” write-in campaign, with the help of State bureaucrats and judges, who cleared the way for unprecedented changes to State Administrative Code, without respect to The Administrative Procedures Act, which required a public process, and in violation of State Electioneering Statutes and the Federal Voter Rights Act.

The Obama Justice Department cooperated by rubberstamping the Division of Elections’ rogue maneuverings after the fact, and the Alaska Court System reversed a lower court ruling in Miller’s favor to tilt the scales decisively in Murkowski’s favor.

After the election, the Alaska State Legislature endorsed the Division of Elections’ actions by codifying the “voter intent” standard that allowed the DOE Director sole discretion in matters relating to voter intent. So, essentially, voter intent is whatever the Director says it is.

In 2016, on the eve of the filing deadline, Joe Miller received a call from former Anchorage Mayor Dan Sullivan asking for his support to run against Murkowski. Miller assured Sullivan that he would not enter the race, and that he would support Sullivan’s candidacy.

Only Sullivan promptly withdrew from the race shortly after the filing deadline, after a bizarre television interview where he insisted, he wasn’t actually running against Murkowski and gushed about his family’s historic relationship with the Murkowski family.

Conservatives had little recourse but to watch as Murkowski cruised to a 2016 Republican primary victory without a viable challenger. But even that wasn’t without controversy, as traditional Democrat voters in some areas of rural Alaska were allowed to vote two ballots in order to pad Murkowski’s totals. She still tallied less than 40K votes, even though she received more than 70% of the vote.

Joe Miller later accepted an invitation to join the race on the Libertarian Party ticket, finishing second to Murkowski with almost 30% of the vote in a four-way race. But it was too little too late, with Alaska Republican Party Chair Tuckerman Babcock assisting Murkowski by waging a scorched earth campaign of his own against Miller.

The Alaska Republican Party was subsequently fined thousands of dollars by the Federal Election Commission for failing to disclose Babcock’s dishonest “hit job” on Joe Miller was actually coordinated with Murkowski. It was completely ignored by the Alaska media.

Meanwhile, a frivolous complaint filed by the Alaska Republican Party on behalf of Murkowski against Miller that was eventually unanimously dismissed by the Federal Election Commission showed up as headline news.

As has now been established by Project Veritas, it turns out Murkowski was behind the 2020 Proposition 2 campaign that was thrust on Alaskan voters under false pretenses as a campaign against “Dark Money.” All the while it was always designed to deceive Alaskans and assist Murkowski in the 2022 election, as it was widely believed that Murkowski was nonviable without it.

The move to a jungle primary ensured that Murkowski could enjoy an open primary where she could access Democrat support, but more importantly for the Senator, the ranked choice voting system guaranteed that the general election vote count in 2022 would be completely machine-dependent.

Enter Dominion Voting Systems, newly purchased in 2020 by new (old Murkowski friend) Division of Elections Director, Gail Fenumiai. So much for Governor Mike Dunleavy’s promise to clean up elections in Alaska. As Joseph Stalin said, “It doesn’t matter how many people vote, only who [what] counts them.”

Now let’s look at some numbers for the 2022 Alaska jungle primary election.

Despite reports to the contrary, by total number of votes, the 2022 Alaska primary election enjoyed extremely high turnout by historic standards, eclipsing even the record primary turnout of 2014.

Some say this extraordinarily high turnout is due to the new jungle primary, and ranked choice voting system. But does this really make sense?

According to the Alaska Division of Elections, with 5 precincts still not reported, two weeks after the election, Lisa Murkowski has now reportedly tallied 85,344 votes. Why is this number significant?

Dating back more than 30 years, this is the highest vote total an Alaskan politician has ever received in a primary election, including the beloved Senator “Uncle Ted” Stevens, for whom a State Holiday is named. How does this comport with Murkowski’s electoral history?

In three previous primary elections, Murkowski averaged just 46,376 votes, including her highwater mark of 53,872 in a 2010 loss to Joe Miller. In her 2016 Republican primary without a viable challenger, Murkowski garnered only 39,545 votes with more than 70% of the vote.

Now we’re supposed to believe she’s one of the most popular politicians in the history of Alaska primary elections: after breaking her promise to repeal Obamacare, casting the deciding vote to save President Obama’s ill-fated government-run healthcare plan; voting against confirmation of Justice Kavanaugh; supporting the impeachment of President Trump; and voting to confirm Joe Biden’s radical pick for Secretary of the Interior, a sworn enemy of resource development in Alaska?

Is it really plausible that Murkowski more than doubled her primary vote total over 2016 while running against President Donald Trump (who won Alaska less than 2 years ago by double digits), while being censured by the Alaska Republican Party, and running up against her most formidable opponent since 2010 in Harvard Law Graduate and former State Commissioner Kelly Tshibaka?

Is it actually plausible that Republicans are voting for Murkowski?

There is a truism in politics: “friends come and go, but enemies accumulate.”

Lisa Murkowski has made more enemies than any Republican office holder in the country, including the most powerful Republican enemy one can have at this point: President Donald Trump.

Yet, we’re supposed to believe Murkowski is running away with the 2022 Alaska primary election.

The same Democrats that voted Bernie Sanders over Hillary Clinton in the 2016 Alaska Democratic primary 80-20?

Those Democrats suddenly decided to reward Lisa Murkowski for voting to confirm two out of three of Donald Trump’s picks for Supreme Court that resulted in the overturning of Roe v. Wade? Really?

Those Democrats decided to vote for Murkowski in a meaningless primary that benefits them in no discernable way? And they decided for Murkowski somewhere in the neighborhood of 80-20? How can that be? What is in it for Democrats to vote Murkowski in the primary when she was already assured a slot in the general election? For that matter, why would they vote Murkowski as their #1 choice even in the general election, given that their #2 choice vote would likely have an identical effect?

And how is it that Democrat turnout in this primary election is dwarfing Republican turnout relative to registration numbers, considering the overwhelming reported Republican advantage in voter intensity?

None of this adds up.

Murkowski’s vote totals are tracking almost the same as the Walker/Gara tickets when combined. Are we to believe that Bill Walker, who ran with Democrat Byron Mallott in 2014, totally sold out to the Democrat special interests, and stole the PFD for State spending is still pulling Republican votes? It’s difficult to believe it is happening in any significant numbers.

Mary Peltola alone garnered 70,048 in this primary, far outpacing other more well-known Democrats who have held statewide office in the past.

Is Mary Peltola, a late entry into the special election not widely known outside the Alaska Native community, really that much more popular than former US Senator Mark Begich? Or former Governor Tony Knowles?

One might argue that the Special General Election conducted at the same time as the primary could account for the historically high Democrat turnout for the primary, but this holds no explanatory power for why Democrat-leaning votes so far out-pace Republican-leaning votes relative to voter registrations and voter intensity polling.

What are we to conclude from all this? You decide.

Mar-a-Lago Affidavit Released; There Are Some Missing Key Details in the DOJ’s...