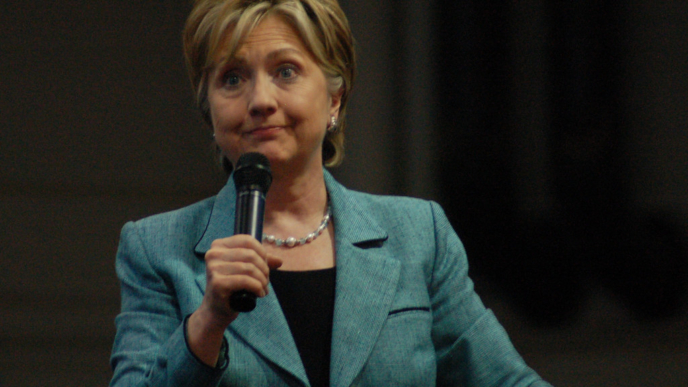 Democrats plan to “dump” President Biden and call on Hillary Clinton to run for a third time in 2024 out of fear that a more radical left-wing candidate could end up on the ticket, veteran political consultant Dick Morris said in a new interview.

The longtime Bill Clinton adviser made the prediction on John Catsimatidis’ WABC radio show “Cats Roundtable” Sunday morning amid renewed speculation that 79-year-old Biden will not seek a second term.

Dems “are planning to dump Biden,” said the self-proclaimed “secret adviser” to former President Donald Trump, adding that Clinton would be the party’s nominee if no other centrist candidate emerged.

“Once Biden pulls out, the polling will show that the Democrats are leaning toward some crazy radical like Gavin Newson, Bernie Sanders. Maybe even AOC herself,” Morris opined.

“That’s going to drive the Democratic Party leaders to go to Hillary and say, ‘Hey look. Please run again. We need you to save us from the crazy left,” he continued. “Otherwise we’ll have Sanders as our candidate. We’ll lose Congress by a ton. And we’ll get wiped out in the presidential race.’” (Read more from “Ex-Clinton Adviser Predicts Dems Will ‘Dump’ Biden in Favor of Hillary in 2024” HERE)

While the US Dollar Tramples the Euro, Pound and Yen, Russia’s Ruble Skyrockets...

Trump Predicts: ‘Biden May Lead Us to WWIII’
Scroll to top