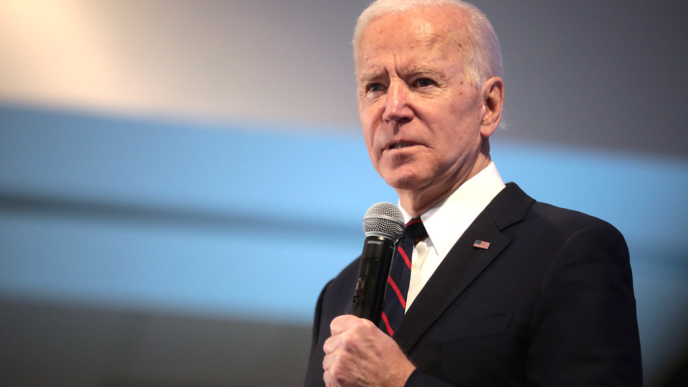 More than half of Democrats responding to a new survey have revealed they would prefer a candidate other than President Joe Biden as their candidate in 2024.

The ABC News/Washington Post poll found that 56% of Democrats wanted a different candidate, with just 35% preferring Biden in the next presidential election.

“Looking two years off, just 35 percent of Democrats and Democratic-leaning independents favor Biden for the 2024 nomination; 56 percent want the party to pick someone else. Republicans and GOP-leaning independents, for their part, split 47-46 percent on whether Donald Trump should be their 2024 nominee – a 20-point drop for Trump compared with his 2020 nomination,” a news release regarding the poll stated. “The unpopularity of both figures may encourage third-party hopefuls, though they rarely do well.”

56% want the party to pick someone else.

(Read more from “Poll: More Than Half of Democrats Don’t Want Biden as 2024 Nominee” HERE)

A Catholic, Pro-Life Speaker Was Raided by the FBI as His Kids Watched in H...

Putin Shows His Cards: Ukraine’s Zelensky Says Nuclear War ‘Could Be a ...
Scroll to top