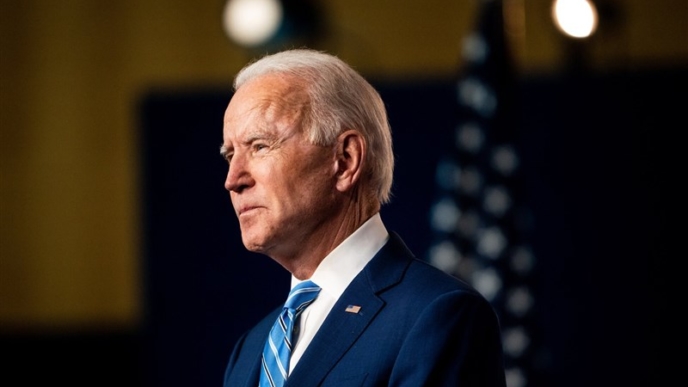 By Daily Mail. Joe Biden, 79, faced yet another public embarrassment Wednesday evening when he appeared to get lost while walking off stage following his remarks at the Global Fund Conference.

As applause ensued, the U.S. president began walking off the stage before abruptly stopping in his tracks and looking around with an appearance of confusion on his face.

He then seemed to ask people on the ground how to get off stage and did a few stuttering steps.

Texas Senator Ted Cruz called the scene ‘terrifying,’ on Twitter, with his communications adviser Steve Guest adding in own own tweet: ‘Joe Biden is completely lost on stage. Scary and sad.’

This is our Commander in Chief. https://t.co/JvQ4getqTH

A man came to the microphone at the event to say: ‘Uh, Mr. President, thank you,’ as he wandered around the stage.

(Read more from “Should You Stay or Should You Go, Joe? ‘Scary and Sad’ Video Shows Biden, 79, Appearing to Get Lost While Walking off Stage and Asking Crowd How to Leave After UN Speech” HERE)

By Sky News. Concerns surrounding whether President Joe Biden is fit enough to be the leader of the United States have been raised again after he appeared lost on stage. . .

The 79-year-old had finished his speech at the Global Fund Conference in New York on Thursday to the applause of the crowd when he turned away from the lectern.

He proceeded to take a few steps, with both arms gingerly positioned in front of himself, when he abruptly stopped and glanced back.

President Biden appeared dazed and looked around before asking either members of the crowd or his security team how to exit the stage.

The leader of the free world was then interrupted when the host jumped back on the microphone to thank him in the middle of his confusion. (Read more from “President Joe Biden Appears to Get Confused on Where to Exit the Stage After Speech at Global Fund Conference” HERE)

A Catholic, Pro-Life Speaker Was Raided by the FBI as His Kids Watched in H...
Scroll to top