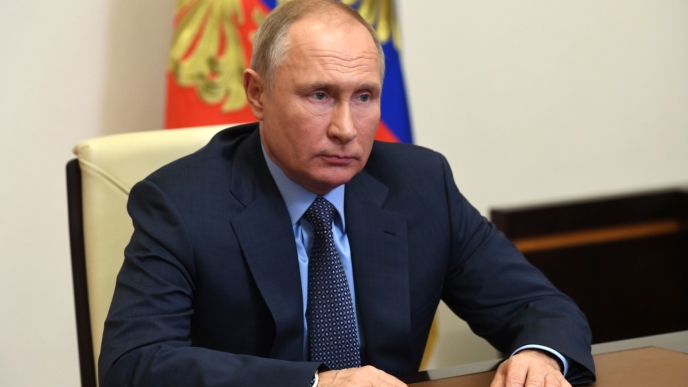 By Reuters. President Vladimir Putin’s latest warning that he is ready to use nuclear weapons to defend Russia amid the war in Ukraine has made a troubling question much more urgent: Is the former KGB spy bluffing?

Putin cautioned it was no bluff, and Western politicians, diplomats and nuclear weapons experts are divided. Some say he could use one or more smaller, tactical nuclear weapons to try to stave off military defeat, protect his presidency, scare off the West or intimidate Kyiv into capitulation.

Putin’s warning, which was followed by a more specific threat to use a nuclear weapon in Ukraine from an ally, might mean the Kremlin is considering an escalation after Russia annexes four Ukrainian regions which it only partly occupies.

Russia’s parliament is expected to declare the regions part of Russia on Oct. 4. Once that happens the way would be clear, from Moscow’s viewpoint, for a possible defensive strike if it felt the territory was under serious threat.

Breaking the nuclear taboo would be a sign of desperation, however, so whether or not Putin does go nuclear may ultimately depend on how cornered he feels in a conflict which has, thus far, humbled rather than defeated a former superpower. (Read more from “Truth or Bluff? Why Putin’s Nuclear Warnings Have the West Worried” HERE)

By International Business Times. The Russian Federation has urgently ordered a large batch of potassium iodide, a chemical compound used to block a type of radioactive material in case of nuclear accidents, according to a Russian government agency.

The Russian government is planning to purchase at least five million rubles or $86,000 worth of potassium iodide. Russia only allocated four days for the procurement procedure. A copy of the order was published on the website of the State of Procurement of Russia, which stressed that Moscow purchases potassium iodide for the population every year.

Potassium iodide is commonly used in radiation emergencies, such as nuclear power plant accidents, according to the Centers for Disease Control and Prevention (CDC). (Read more from “Russia Is Urgently Buying Large Amounts of Potassium Iodide, Compound That Protects From Nuclear Radiation” HERE)

If the Feds Go After a Pro-Lifer Who Shoved a Bully, They’ll Go After Any...
Scroll to top