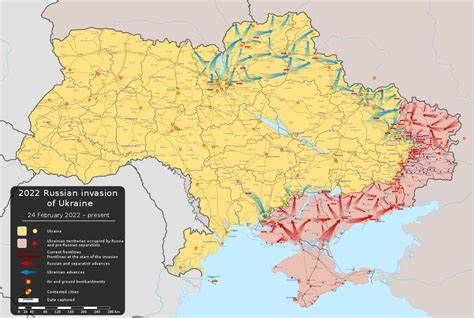 Even after three months of captivity that included execution threats, physical torture, solitary confinement and food deprivation, it was the ride to freedom that nearly broke Alex Drueke, a US military veteran released last week with nine other prisoners who went to help Ukraine fight off Russian invaders.

His hands were bound. His head was covered by a plastic bag, and the packing tape holding it in place was secured so tightly it caused welts on his forehead. Drueke said he and fellow American prisoner Andy Huynh reached their limit in this state during the transit, which occurred in a series of vehicles from eastern Ukraine to an airport in Russia that was surrounded by armed guards.

“For all we went through and all the times we thought we might die, we accepted that we might die, we were ready to die when it came, that ride was the only time that each of us independently prayed for death just to get it over with,” Drueke told The Associated Press in an interview Friday.

“The mental and emotional torture of those last 24 hours in captivity, that was the worst,” he said.

Drueke, 40, is healing: The swelling is going down on his head and he’s trying to regain some of the 30 pounds he figures he lost eating a poor diet. But awful memories remain, and he’s unsure what comes next aside from trying to focus attention on fellow prisoners who remain in Russian hands. (Read more from “‘We Were Ready to Die’: US Captives ‘Prayed for Death’ on Brutal Ride From Ukraine” HERE)