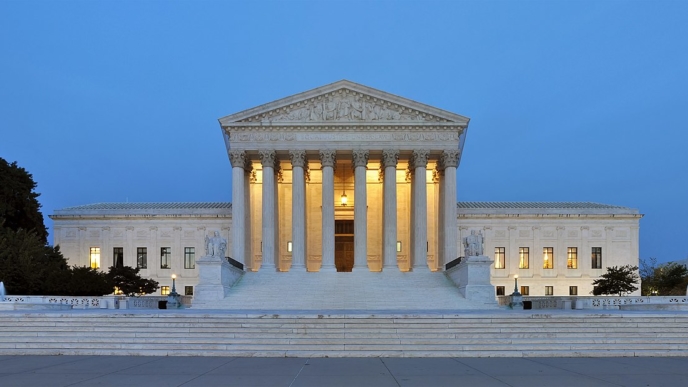 The U.S. Supreme Court on Monday declined to take up a challenge to the Trump-era ban on bump stocks, a gun accessory that allows semi-automatic firearms to shoot more rapidly.

The decision comes after a federal appeals court in August upheld the bump stock ban, which was enacted by the Trump administration in 2018 in response to the 2017 Las Vegas massacre. Then-president Donald Trump vowed to ban bump stocks after it was reported that the gunman used the rifle accessory in his deadly rampage that killed 60 people and injured more than 500 others at a music festival on the Vegas strip.

The Trump administration rule classifies guns equipped with bump stocks as machine guns, which are prohibited by the National Firearms Act and the Gun Control Act. A Utah gun rights advocate and the pro-Second Amendment group Gun Owners of America brought separate challenges to the law, which the Supreme Court declined to hear. The high court did not issue comment on its decision.

Gun Owners of America slammed the court’s decision in a statement.

“This decision sets a horrible and dangerous precedent, one that will allow the ATF to further arbitrarily regulate various firearms. This very same precedent is already being abused by Joe Biden to ban millions of lawfully purchased pistols even without an ACT of Congress!” the group said. (Read more from “Supreme Court Declines to Hear Challenge to Trump-Era Bump Stock Ban” HERE)