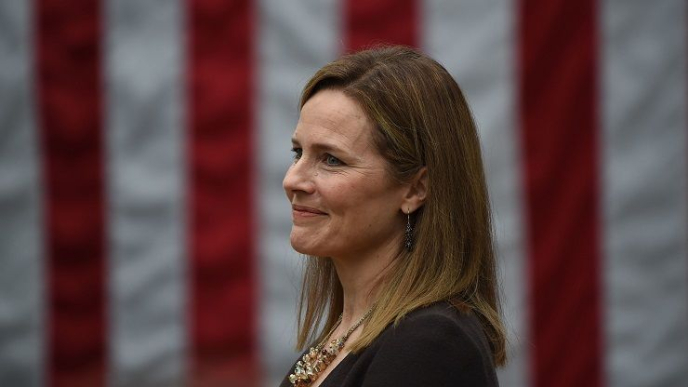 By Washington Examiner. Nowhere is the Left’s effort to silence conservatives more intense than in its demand that conservative (and therefore constitutionalist) judges recuse themselves from cases that might check America’s cultural revolution.

Justice Amy Coney Barrett faces calls to stay out of a Dec. 5 Supreme Court case in which a Colorado website designer, Lorie Smith, is defending her right to run her business without being forced to make websites for same-sex weddings. She believes marriage is the sacramental union of a man and a woman and argues that she should not be obliged to suggest otherwise.

There are plenty of designers who don’t share Smith’s views who would be delighted to take the business if it were offered to them. No one would be left without a wedding website if activists left Smith in peace. But the point of their hounding her is to make commercial enterprise impossible and life unpleasant for traditional Christians. It is simple religious persecution.

All of us should reject the banning of people from full participation in our society and economy for failing to toe the line of fashionable opinion. If someone’s views are generally regarded as odious, they’ll be shunned. Society will vote with its feet and its pocketbooks. But the Left wields the Colorado Anti-Discrimination Act against Christians as its drafters intended, like medieval European tyrants who marginalized Jews by banning them from owning land. (Read more from “Supreme Hypocrisy: The Left’s Intense Attempt to Silence Conservatives Has a New Target” HERE)

By Fox News. Supreme Court Associate Justice Amy Coney Barrett is facing calls to recuse herself due to her Christian faith from an upcoming case involving a web designer’s handling of wedding websites for LGBTQ clients.

Former members of People of Praise, a network of lay Christian communities founded in 1971 in South Bend, Indiana, spoke to The Guardian arguing that Barrett should recuse herself from the case of 303 Creative LLC v. Aubrey Elenis. The Supreme Court will begin hearing oral arguments on Dec. 5.

Barrett, a devout Catholic, has not spoken publicly about her affiliation with the secretive faith group People of Praise, which considers her a member. Conservatives argued that Barrett’s faith was wrongfully weaponized during her 2020 confirmation hearings, when the Trump appointee told senators her personal religious beliefs would not interfere with her abilities to be an unbiased judge.

Nevertheless, the justice’s affiliation with the group is being brought up again.

“I don’t believe that someone in her position, who is a member of this group, could put those biases aside, especially in a decision like the one coming up,” Maura Sullivan, a 46-year-old raised in a People of Praise community, told The Guardian. Sullivan, who identified as bisexual, said she came out at 19 and her parents cut her off and prevented her from spending time alone with a younger sister. They have since rekindled their relationship after the parents left the People of Praise community. (Read more from “Supreme Court Justice Amy Coney Barrett Faces Calls to Recuse Herself From LGBTQ Case Over Christian Faith” HERE)

Elon Musk Tweeted a Meme About CNN…then They Melted Down

This Airline Refuses to Hire Unvaxxed, but Hired Violent Felon to Fly Plane...
Scroll to top