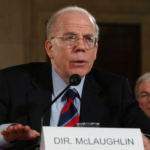 The Central Intelligence Agency’s involvement in drug trafficking is back in the media spotlight after a spokesman for the violence-plagued Mexican state of Chihuahua became the latest high-profile individual to accuse the CIA, which has been linked to narcotics trafficking for decades, of ongoing efforts to “manage the drug trade.” The infamous American spy agency refused to comment.

In a recent interview, Chihuahua state spokesman Guillermo Terrazas Villanueva told Al Jazeera that the CIA and other international “security” outfits “don’t fight drug traffickers.” Instead, Villanueva argued, they try to control and manage the illegal drug market for their own benefit.

“It’s like pest control companies, they only control,” Villanueva told the Qatar-based media outlet last month at his office in Juarez. “If you finish off the pests, you are out of a job. If they finish the drug business, they finish their jobs.”

Another Mexican official, apparently a mid-level officer with Mexico’s equivalent of the U.S. Department of “Homeland Security,” echoed those remarks, saying he knew that the allegations against the CIA were correct based on talks with American agents in Mexico. “It’s true, they want to control it,” the official told Al Jazeera on condition of anonymity.

Credibility issues with employees of the notoriously corrupt Mexican government aside, the latest accusations were hardly earth shattering — the American espionage agency has been implicated in drug trafficking from Afghanistan to Vietnam to Latin America and everywhere in between. Similar allegations of drug running have been made against the CIA for decades by former agents, American officials, lawmakers, investigators, and even drug traffickers themselves.

Explosive: New photos of Auschwitz-like hospital that General tried to hide... DHS gearing up for “significant” unrest prior to presidential e...
Scroll to top