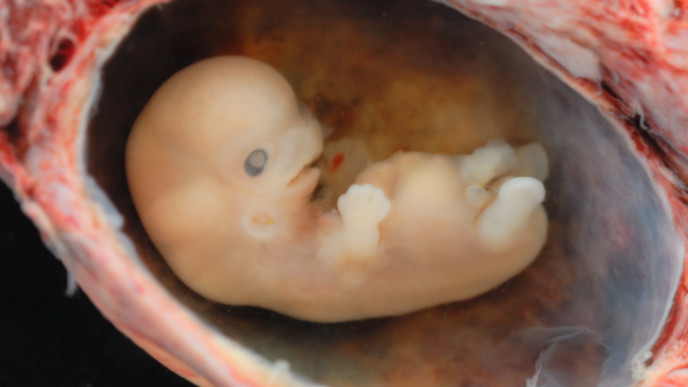 There is more than one kind of terrorism. The most obvious variety covers acts of violence that target civilians, which Muslim jihadists commit hundreds of times a year throughout the West. The primary goal of such acts is not so much the murder of those particular concertgoers, co-workers or minority Christians. No, what the terrorist wants is to break down the sense of public order, to show how fragile the status quo really is, and make people doubt how trustworthy are their basic institutions.

As they pick through the rubble and piece together the bodies, solid citizens cannot help but ask themselves a series of radical questions: Can the police even keep us safe? Is our government really in charge? Are we spiraling down into chaos? Must we give in to these extremists’ demands, or else face even more destructive attacks? When ordinary people have to ask those kinds of questions, your society is in very deep trouble indeed. For a deeper understanding of the methods of violent terrorism, see Michael Burleigh’s definitive history, Blood and Rage.

There is another kind of terrorism, which aims at the same outcome via less gory means. It is “verbal” or “cultural” terrorism, which likewise uses fear and outrage to shatter the civic order and make room for a power-grab by radical activists, but without all the maiming and mess. It’s a bloodless method of terrorism, but it’s often much more effective. And it’s exactly what we are seeing in a long list of current political battles, from the “bathroom wars” to campus “safe spaces,” from attacks on suburban home-owners to attempts to target and ruin vocal, public Christians.

The term “verbal terrorism” was coined by my old friend, the intellectual historian Thomas Molnar (1921-2010), who lived through terror of several distinct varieties. He was jailed in a Nazi concentration camp for joining a Catholic Resistance group. Released at the end of the war, he was driven out of his native Hungary by its Soviet-imposed totalitarian regime. He taught at American colleges during the 1960s, and watched as Marxist-sponsored student groups used violence to take control of campuses and silence dissent from their agenda.

In his classic book The Counter-Revolution, Molnar exposes how leftists employ cultural terrorism to attack the three great enemies of progressive ideology, which Karl Marx identified as private property, religion, and the bourgeois family. Also targeted are less fundamental institutions on which these three rely for stability and protection, such as national sovereignty, citizenship, the military, and academic standards.

Leftists identify some vulnerability, a chink in the armor, of one of these institutions — let’s say, the perceived “unfairness” of asking some sincerely deluded “trans” person to use the bathroom that fits his biological sex. They express deep concern about this “cruel” abuse. This attracts the sympathy of kind-hearted sloppy thinkers everywhere, who won’t let themselves see the radical implications of “rectifying” this injustice. Poor Caitlyn, why can’t we just let “her” be happy?

Once the sentimental “moderates” are on board and public opinion is shifting, the radicals launch a campaign of activism designed to outrage the sensibilities of conservative citizens, and goad them into violent reaction. The leftists ratchet up their demands, and when they meet resistance, stigmatize any opponents as hard-hearted bigots infected with “hate” for helpless, marginalized victims.

If this step succeeds, then the witch-hunt begins. The left targets any dissenters as nasty, inhuman extremists and tries to publicly destroy them, through boycotts, pressure campaigns and, where possible, government action. If this step succeeds — and it worked like a charm in the Religious Freedom Restoration Act wars in Indiana, Georgia, and other states — then the battle is all but won: Conservatives are terrified to defend a position that just a few months before was taken for granted as mainstream. We are helpless, frightened, and paralyzed by a futile sense of rage, as we pick through the rubble of one more vital institution of our culture.

Now that we’ve established the pattern, let me pick just the five most recent examples of leftist cultural terrorism, and briefly note how they work. I could do the same next week, and the week after that, and never run short of material — since the left’s campaign is unremitting and tireless, a World War I-style war of attrition whose aim is destruction for its own sake. All leftists need not agree on the shape of a future Utopia that will accommodate all their impossible and incompatible fantasies. It’s enough that they want to smash what now exists. Once it’s flattened, they can hash out how to restack all the rubble.

1) The Family: Bite the Heads Off the Fetuses

Matt Walsh reports on the latest pro-choice outrage, one intended to render the pro-life movement ridiculous and encourage the brazen contempt for unborn human life: Fetus-shaped cookies, which students were invited to consume, while they wrote little pro-choice slogans. As Walsh writes, the display was

put together by the campus atheist club last week at the University of North Georgia. Yes, those are cookies in the shape of babies. … [T]he pro-abortion folks were eating the baby cookies or breaking the heads off and laughing. Another picture … shows a cookie lying next to its severed head over top a sign reading “Abortion should remain legal because it’s constitutionally protected.”

2) Religion: Put Jesus On a Dartboard.

According to Campus Reform:

An alleged “art display” at Rutgers University featuring a figure of Jesus Christ on a dartboard, with darts inserted where He was wounded on the Cross, is being held up as a contradiction of the school’s professed commitment to diversity.

Natalie Caruso, who describes herself as a former Rutgers student, posted a photo to a Facebook group for the Class of 2016 showing the display, which she claimed is currently hanging in the Art Library on College Ave. “It is surprising that a state university would allow this,” she wrote in the post. “I asked them to take it down because I found it disrespectful and they refused. How is this acceptable!?”

Campus Reform is currently awaiting comment from Rutgedartsrs on the matter. This story will be updated to include their reply if and when it is received.

Assuming it’s not a social media hoax, the point of such a stunt is to demonstrate the power-relationships in place at schools like Rutgers. It’s a trial balloon, sent up to see how much Christian-bashing the administration will tolerate. If the school takes action against the display, “free speech advocates” will howl in protest — though they’d stay silent if the school took action against an anti-Muslim display, as it surely would within minutes. If the school does nothing, Christians on campus will get the message: You’re marginal, and our “diversity” protections do not apply to you.

3) Religion and the Family: Publicly Fire a Sportscaster for Expressing Conservative Views.

You probably already know that Curt Schilling, former Boston Red Sox pitcher, has been fired by ESPN for a single social media post that supported North Carolina’s “bathroom law.” The Stream’s Tom Gilson has documented that this is not Schilling’s first “offense” against the unspoken political litmus test in place at ESPN and many other large corporations. In fact, as Gilson noted, Schilling has made a number of conservative statements over the years, which clearly were being compiled in a dossier in some back office at ESPN:

USA Today described him as expressing pattern of opinions that were “appalling, insensitive and nasty, over and over again,” adding, “there was more to this firing than the hatred contained in his words.”

His first error, apparently, was suggesting (“blurting out,” said the AP in a story today) in a TV interview several years ago that people vote for George Bush. Nasty.

Later he compared the firing of General George Petraeus for lax security with confidential information with Hillary Clinton’s email carelessness. … Schilling was a member of the mainstream media who supports conservative views. That was his real crime. So as of this week ESPN, a self-described “inclusive company,” has excluded him.

4) Citizenship: Make Violent Lawbreakers’ Votes Count as Much as Anyone’s.

Virginia Governor Terry McAuliffe evaded existing law and used his executive authority to restore the vote to more than 200,000 convicted felons — boosting likely Democratic vote totals in that vital swing state, and undermining one of the last few shreds of respect for civic virtue: the idea that in order to help make the laws in a community, you not be convicted of flagrantly breaking them. This move was presented, of course, as a blow against racism — since many of the felons happen to be black. Opponents who try to repeal this unilateral act can expect to be compared to Jim Crow politicians who denied the vote to law-abiding black U.S. Army veterans in the 1940s and 50s.

As The Federalist reports, President Obama’s Dept. of Housing and Urban Development (HUD) is using “de-segregation” as a pretext to force suburban neighborhoods to divert their tax money to nearby, failing Democrat-run cities, or else build massive low-income housing projects with public money. When one local elected official, Rob Astorino, the County Executive of Westchester, N.Y. criticized the federal attack on the taxpayers who elected him, the “federal monitor” in charge of redistributing the wealth asked a judge for a “gag order” to silence Astorino. As The Federalist notes:

We’re not just talking about crippling the ability of local governments to design zoning rules (God forbid you be free from the meddling of a far-off bureaucracy seeking to redistribute people as ethnic units), but the ability of local officials to even criticize the federal government’s intrusion into their local affairs. This is outright censorship.

As next week’s chain of outrages unfolds, understanding the consistent pattern of leftist attacks on sanity, order, and decency might help to steel you in the need to resist. You might as well, since you cannot escape. (For more from the author of “Fetus Cookies Are Just Part of the Left’s Campaign of Terror” please click HERE)

Democratic Strategist: Trump Will Beat Hillary Like ‘a Baby Seal̵...
Scroll to top