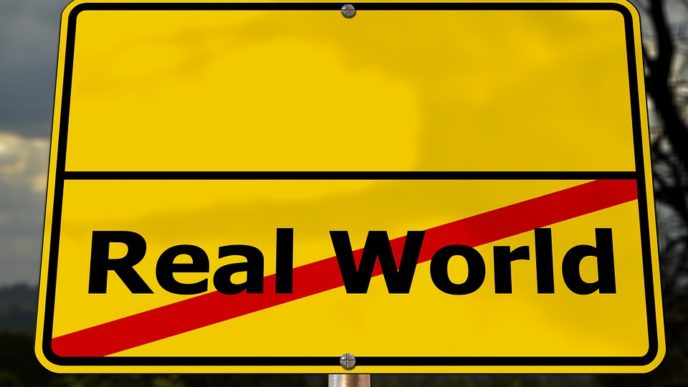 There are some liberal myths that (like a bad case of athlete’s foot) just refuse to go away. Ironically, these myths are easily refuted with a simple internet search, but liberals rarely let facts get in the way of a good talking point. The latest reappearance of these liberal fairytales was in the recent second presidential debate. Hillary Clinton, who is smart enough to know that these myths are about authentic as tales of alien encounters at an LSD convention, insisted on using these myths in the last debate. To me, that means that she either lied or she isn’t as smart as her supporters claim.

I’ve debunked this myth before in my writings here at Conservative Review, but like that foot fungus, or Jason from the Friday the 13th movies, it keeps coming back. Now, again, for the umpteenth time THERE WAS NO BUDGET SURPLUS IN THE CLINTON YEARS. Can I be candid here? If you believe that President Bill Clinton’s presidency ran a surplus in any year where he occupied the White House then 1) you don’t know what you’re talking about 2) you do know what you’re talking about and you’re lying 3) you aren’t interested in anything other than protecting the Democrat “brand.”

Here’s a simple way to debunk the myth that President Clinton ran a surplus that even liberals who choose to blind themselves like Oedipus can understand (if they choose to understand). The national debt (the accumulated debt resulting from annual federal budget deficits) rose EVERY YEAR Bill Clinton was in office. Questioning me because I’m a conservative and you think I’m shilling for the GOP? Then please go to the Department of the Treasury’s own website by clicking here and plug in the Clinton years. Voila! The national debt increased every year which, by using uncomplicated logic, must mean that Bill Clinton added to the national debt every year by running budget deficits, not surpluses. If you are interested in additional details on the many scams the liberals and their media chums employ to keep this myth going then please read this excellent article by Craig Steiner which demolishes every single liberal “Clinton surplus” scam.

This liberal myth most likely originated in a liberal focus group where the goal was to fabricate terminology to mislead voters regarding access to firearms. There is NO gun show loophole. It doesn’t exist. Yes, that’s right, it’s completely made up and people using this talking point must not know that they sound ridiculous when they bring it up, Hillary included.

People who use this debunked, nonsensical, talking point are similar to that really loud guy at a small, intimate house party that’s talking loud enough for everyone to hear, and telling stories about his high school football days that absolutely no one cares about. He looks ridiculous but he’s the only one who doesn’t know it. If you go to a gun show and ask a federally licensed firearms dealer to bypass the background check citing the “gun show loophole” you will likely be thrown out or, at a minimum, you will be sternly corrected. Again, don’t believe me, then check out this terrific video by Steven Crowder in which he humorously tries to use the “gun show loophole” to speed up the gun buying process. In short, some private sales and transfers or firearms, do not require a NICS check. But, this has nothing to do with a gun show and EVERY licensed federal firearms dealer at a gun show must, by law, conduct a background check. Saying otherwise makes you look silly, or it makes you a died-in-the-wool liberal, but I just said the same thing twice. (For more from the author of “Can Someone Finally Put the ‘Clinton Surplus’ and ‘Gun Show Loophole’ Myths to Rest” please click HERE)

Win or Lose This November, Mike Pence Has a Bright Future Ahead of Him