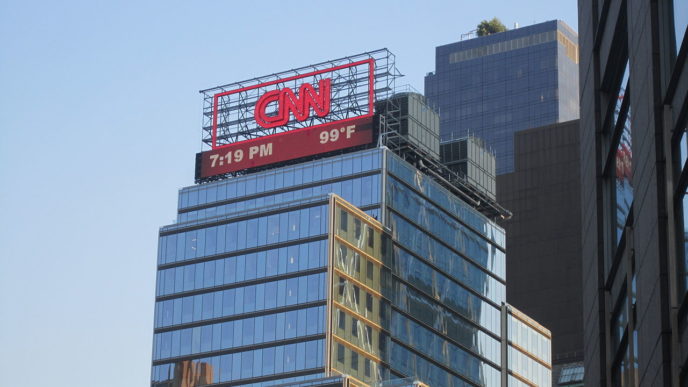 By Townhall. CNN’s Anderson Cooper got right to the point when he had the chance to question former Vice President Joe Biden at Tuesday’s Democratic presidential debate on Ukraine.

“If it’s not okay for a president’s family to be involved in foreign businesses, why was it okay for your son when you were vice president?” Cooper asked Biden.

“Look, my son did nothing wrong,” Biden said. “I did nothing wrong. I carried out the policy of the United States government in rooting out corruption in Ukraine. That’s what we should be focusing on.” . . .

The former VP strayed a bit, before somehow finding a way to invoke the first president of the United States. George Washington, Biden said, worried about foreign interference in our elections. . .

“The president and his thugs have proven they are flat lying,” Biden said, adding we have to focus on “Trump’s corruption.” (Read more from “Dem Debate: Biden Confronted About Ukraine Scandal” HERE)

By Fox News. Sen. Bernie Sanders, I-Vt., stood by his claim that he would provide jobs for every single American, purportedly ending unemployment in the United States.

His comments came during the fourth Democratic debate on Tuesday when CNN anchor Erin Burnett asked him about his jobs guarantee.

“You say your federal jobs guarantee is part of the answer to the threat of automation, that tens of millions of Americans could end up losing their jobs. Are you promising that you will have a job for every single one of those Americans?” she asked.

“Damn right we will,” Sanders quickly responded. Sanders initially made a jobs guarantee when he released his version of the “Green New Deal” in August. (Read more from “Sanders Promises New Jobs for ‘Tens of Millions of Americans’ During Democratic Debate” HERE)

By Washington Examiner. Andrew Yang forced a discussion at Tuesday night’s Democratic presidential debate on his proposal for a Universal Basic Income, a plan to send every adult a government check.

Yang, the former entrepreneur running on the platform of implementing a UBI, as it’s known, kicked off a debate about the idea among the candidates when he attacked rival candidate Vermont Sen. Bernie Sanders’ plan for a federal jobs program. Yang argued it was impractical and not what most voters truly wanted.

“I am for the spirit of a federal jobs guarantee, but you have to look at how it would actually materialize in practice. What are the jobs? Who manages you? What if you don’t like your job?” the former tech executive said, asserting that most Americans don’t want to work for the federal government. “Saying that that is the vision of the economy the 21st-century economy to me is not a vision that most Americans would embrace.”

He added that a federal jobs guarantee “does not take into account the work of people like my wife who is at home with our two boys, one of whom is autistic.”

Yang’s proposal would give $1,000 cash monthly without any conditions, which he dubs a “freedom dividend.” He argues that the payment would be productive than federally supported jobs. “We know this in Ohio: If you rely up on the federal government to target its resources, you end up with failed retraining programs and jobs that no one wants,” he said. (Read more from “Andrew Yang Forces Democratic Debate on Universal Basic Income, His Plan to Send Every Adult a $1K Check” HERE)

Hunter Biden Glares at Interviewer, Orders Her to ‘Say It Nicer to Me’...