Wozniak, 61, was the star turn at the penultimate performance in Washington of “The Agony and the Ecstasy of Steve Jobs,” monologist Mike Daisey’s controversial two-hour expose of Apple’s labor conditions in China.

In a post-performance dialogue with Daisey and audience members, Wozniak held forth on topics as varied as public education (he once did a stint as a school teacher) and reality TV (having appeared on “Dancing with the Stars”).

But the engineering wizard behind the progenitor of today’s personal computer, the Apple II, was most outspoken on the shift away from hard disks towards uploading data into remote servers, known as cloud computing.

“I really worry about everything going to the cloud,” he said. “I think it’s going to be horrendous. I think there are going to be a lot of horrible problems in the next five years.” 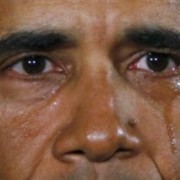 President Obama Would Get 3 Terms Under Pending House Resolution

Homosexual illegal aliens get to stay in US; Obama continues to ignore DOMA The Irony of Celebrating a Pro-Abortion President’s Birthday
Scroll to top