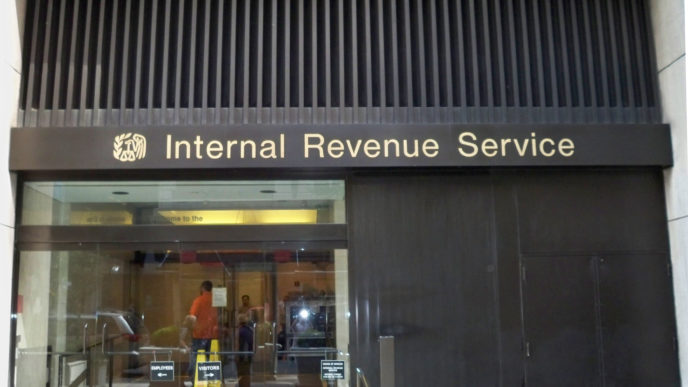 When the Rev. Gus Booth found out the IRS was dropping its inquiry into Warroad Community Church where he preaches, he was actually disappointed.

“We wanted to go to court,” Booth told The Daily Signal in a phone interview. “This is the First Amendment vs. the IRS code. One standard of the law would win.”

The IRS has almost never fully enforced the Johnson Amendment, which the new Republican Party platform calls for getting rid of. The language of the platform is:

Places of worship for the first time in our history have reason to fear the loss of tax-exempt status merely for espousing and practicing traditional religious beliefs that have been held across the world for thousands of years, and for almost four centuries in America. We value the right of America’s religious leaders to preach, and Americans to speak freely, according to their faith. Republicans believe the federal government, specifically the IRS, is constitutionally prohibited from policing or censoring speech based on religious convictions or beliefs, and therefore we urge the repeal of the Johnson Amendment.

Republican nominee Donald Trump echoed the platform’s policy position in his acceptance speech at the Republican National Convention Thursday night, saying, “An amendment, pushed by Lyndon Johnson, many years ago, threatens religious institutions with a loss of their tax-exempt status if they openly advocate their political views.”

The IRS commenced its probe of the Warroad, Minnesota, church in early 2009 after Booth endorsed John McCain, R-Ariz., in the 2008 presidential election. The church had to turn over documents and minutes from meetings. However, in July he got a letter saying the probe was dropped for procedural reasons, but with a warning that it might start again.

Booth, the author of the 2014 book Shhhh! Be Quiet Christian, was one of 33 pastors across the country to endorse a candidate on “Pulpit Freedom Sunday,” a day promoted annually by Alliance Defending Freedom, a religious liberty organization. The point was to prompt the government to revoke a church’s tax-exempt status, creating grounds for a lawsuit to challenge the constitutionality of the Johnson Amendment.

The Johnson Amendment was named for then-Texas Sen. Lyndon B. Johnson, a Democrat, in 1954. Johnson and other lawmakers were concerned 501(c)3 nonprofit groups would get involved in the elections, on behalf of opponents. So just before the Senate’s summer recess, Johnson pushed through an amendment that would rescind a charitable nonprofit’s tax-exempt status if such an organization — including churches — campaigned for or against a political candidate.

To say this law isn’t enforced very often is one area of agreement between the ADF and Americans United for Separation of Church and State, a group usually opposed to religious expression in the public square.

“Although church audits are rare, when an audit is warranted we would like to see the IRS enforce the law,” Americans United spokesman Simon Brown told The Daily Signal in an email. “We believe the IRS is not taking church audits as seriously as it should and we have pushed the agency to step up its enforcement in this area.”

“Since 1996, Americans United’s Project Fair Play has reported more than 100 churches to the IRS for what we believe was unlawful political activity—this means they used church resources to endorse or oppose candidates for public office,” Brown continued. “While we want houses of worship to keep their tax exemption, we also want the very few organizations that do not follow the rules to be thoroughly investigated by the IRS.”

An IRS spokesman did not respond to inquiries from The Daily Signal.

“I haven’t seen the language that’s included in the platform. I think I would just reiterate something I think the president has said, which is that one of the founding values of the country is the separation of church and state, both to ensure that state interests are not interfered with by religious authorities, but also to make sure that state interests are not interfering with the work of religious authorities,” Earnest told The Daily Signal during a White House press briefing.

The Rev. Barry Lynn, the executive director of Americans United for Separation of Church and State, denounced the Republican Party’s platform.

“The Republican platform seeks to turn America’s houses of worship into miniature political action committees,” Lynn said in a statement. “I can’t imagine a more disruptive idea for our nation’s religious community or a real impediment to campaign finance reform.”

A “Violation of the Constitution”

Experts on the Johnson Amendment cite two cases of usage, only one of which was fully enforced. The other lasted about two years.

The IRS revoked the presumptive tax-exempt status of the Church at Pierce Creek in Conklin, New York, because the church bought newspaper ads in 1992 opposing Bill Clinton’s candidacy. Federal courts ruled the church crossed the line. However, this dealt with the organization opposing a candidate rather than regulation of what a pastor can say from the pulpit.

In a matter that deals more directly with what pastors oppose, the All Saints Episcopal Church in Pasadena, California, faced a near two-year investigation from the IRS after a 2004 sermon opposing the war in Iraq. The IRS dropped its investigation, but the church reportedly spent $200,000 in legal bills.

Tax-exempt status should not be conditioned on what a pastor says from the pulpit, contends Christiana Holcomb, ADF legal counsel, calling the law an unconstitutional infringement on free speech and the Establishment Clause.

“We have welcomed the IRS to really enforce this so we can make a challenge to the law, and make the public aware that any regulation of a pastor’s sermon is a clear violation of the Constitution,” Holcomb told The Daily Signal in a phone interview. “But even without going to court, the IRS has used intimidation, bullying, and harassment tactics.”

Alliance Defending Freedom, which sponsors the “Pulpit Freedom Sunday” each year, has the signature of 4,100 pastors calling for the end of the Johnson Amendment.

Among those is the Rev. Jim Garlow of Skyline Church in San Diego, California, who has spoken out against the Johnson Amendment for years, and recently wrote the book Well Versed: Biblical Answers to Today’s Tough Issues, which urges pastors to speak out on public affair.

“I have sent my sermons to the IRS. I’ve had people on the left wing calling, saying they will report me to the IRS. I say, ‘please do,’” Garlow told The Daily Signal in a phone interview. “What Thomas Jefferson meant by separation of church and state is no government interference in the pulpit.”

A “Cloud of Ambiguity”

But, if the Johnson Amendment has never really been enforced, why bother getting rid of it?

“The law itself is less powerful than the implications,” Garlow said. “It hangs with a huge cloud of ambiguity over pastors and lay people who think they can’t speak out on anything political or think it’s illegal to register voters.”

Booth adds a future administration might have more confidence in imposing the law.

There are three primary reasons to be concerned about the law, said Hiram Sasser, deputy chief counsel for First Liberty Institute, a religious freedom advocacy group. The first is that pastors feel compelled to self-censor; the second is outside groups — such as the Americans United — have a means to threaten a church with litigation; and the third is that internally church members pressure pastors not to speak out on important issues out of fear of losing tax-exempt status.

“Since the founding, churches would have election Sundays, where the pastor would talk about the candidates and issues of the day,” Sasser told The Daily Signal in a phone interview. “If the IRS were to try to enforce this, it would lose.”

Sasser said the most relevant case would be in Hosanna-Tabor Evangelical Lutheran Church and School v. Equal Employment Opportunity Commission, where the Supreme Court ruled 9-0 in 2012 that federal discrimination laws don’t apply to religious organizations in selecting religious leaders. Sasser said the decision was about church autonomy that would extend to speech.

Sasser said Americans United for the Separation of Church and State routinely send warning letters to churches, which chills speech.

The organization contends that it is not trying to threaten or intimidate churches.

“Every election season, Americans United sends letters to thousands of houses of worship from a variety of faiths and denominations,” Brown, the Americans United spokesman, said in an email. “These letters are intended to educate clergy about what the laws does and does not allow regarding political activity by 501(c)(3) organizations. We want every house of worship to maintain its tax exemption and that is why we send the letters.”

The IRS should assure that religious organizations are allowed to talk to their own members about public issues to their own people, said Roger Severino, director of the DeVos Center for Religion and Civil Society for The Heritage Foundation.

“The IRS has used the Johnson Amendment as a stick to threaten religious institutions that preach to their own members about faith and morals,” Severino told The Daily Signal in a phone interview. He later added, “The threat is always out there when activists with anti-religious groups go into houses of worship and essentially spy, then report them to the IRS. Neighbors should not spy on neighbors as IRS enforcers.” (For more from the author of “A Pastor Fights Against Government Restrictions on Political Sermons” please click HERE)