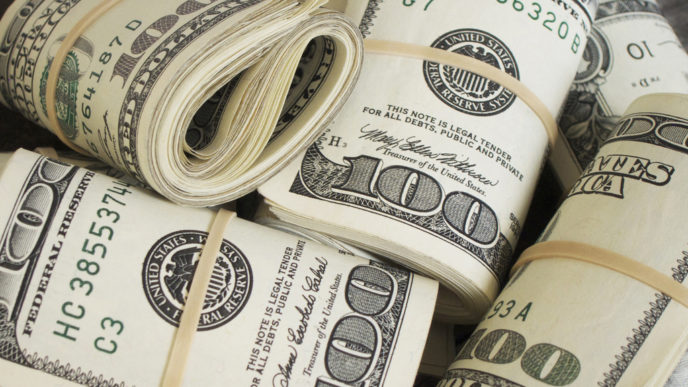 Last week, a new, $7 million museum opened in poverty-stricken Ramallah. Given the serial complaints by the Palestinian Authority and its backers about the hardships the Palestinian people endure due to oppression by the Israeli government (a weekly report can be found here), it seems a curious project on which to spend millions. Certainly, given the water crisis the PA has likened to a “crime against humanity,” there must be more pressing needs for these funds.

Until you learn that the museum is dedicated to the chairman of the Palestine Liberation Organization —Yasser Arafat. In other words, it is a shrine to the cult of terror that is the PA’s stock in trade. And directly or indirectly it’s being paid for with American taxpayer dollars.

Indignation about the way the PA spends the relief funds lavished on it generally focuses on the outrageous and abhorrent practice of rewarding the waves of terrorists (and their families) that the PA has unleashed on Israel. This overt sponsorship of terrorism should and must stop, and donor governments are beginning to investigate ways to designate how their aid can be spent.

The PA’s first attempted dodge was to claim that the payments actually came from the PLO, over which it has no formal control. But even PA President Mahmoud Abbas couldn’t maintain this farce with a straight face, leading to increased scrutiny. American aid, for example, is now largely confined to cultural and construction projects — such as a museum — on the grounds that an actual museum containing local antiquities might spur tourism and improve civic life.

The Arafat museum project, however, reveals the PA’s determination to continue using even these funds to sponsor terrorism, as this institution is carefully crafted to incite hatred of Israel. For example, Arafat’s birthplace is proclaimed to be Jerusalem, suggesting an ancestral claim to the city. He was in fact born in Cairo.

The walls are festooned with a rogues’ gallery of his terrorism-sponsoring associates, from Fidel Castro to Muammar Qaddafi. Mr. Arafat’s widow, whose interactions with the PA turned ugly, is missing altogether. Unsavory episodes such as the bombing of Swissair Flight 330 in 1970 to the hijacking of the Achille Lauro in 1985 are glossed over. The tour ends with the unsubstantiated allegation that Arafat was poisoned by the Israelis, a claim dutifully echoed in the Palestinian media.

Sympathetic critics, notably The New York Times, have tried to explain these inaccuracies and omissions by proposing the museum “avoids conclusions” or poses “unanswered questions” in a willful denial of the clear and purposeful — if factually spurious — narrative it weaves.

The ongoing challenge the PA faces is that most humans do not get out of bed in the morning eager to carry out terrorist attacks on their neighbors that will leave them dead or in jail, even if there is a cash reward.

The Palestinian leadership has learned that a systematic program of incitement — extending from schools to media to cultural institutions — is also required. The mission of the Arafat museum, therefore, is to transform the squalid tale of a corrupt and violent terrorist into the heroic myth of a martyr to the Palestinian cause designed to inspire future generations to follow in his footsteps.

The Arafat museum thus presents a necessary if unpleasant reality check that even the best-intentioned aid to the PA will be used to fuel its grim determination to destroy the Jewish state. It is unconscionable that American taxpayer dollars are directly or indirectly funding this crusade. One of the first tasks of the new Congress should be to end this insidious practice until the Palestinian leadership can credibly demonstrate its goal is to make peace with its neighbors, not to annihilate them. (For more from the author of “Funding the Cult of Terror: Are American Taxpayer Dollars Paying for the Arafat Museum in Ramallah?” please click HERE)

How Infantilized Campuses Threaten Our Nation’s Future
Scroll to top