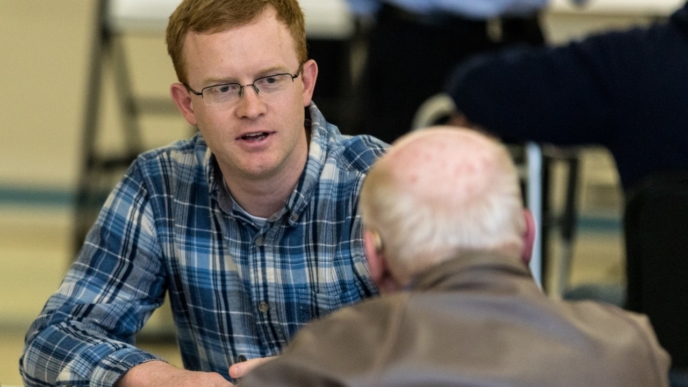 When you get passed all the pomp and circumstance, there is just one principal difference between you and the legislators in Juneau. Of the 20,000 or so Alaskans in your legislative district, only one has a vote in Juneau. Therefore, only one person is in a position to sell your community’s vote to the bipartisan caucus.

If you are new to Alaska, or new to the way business is being conducted in Juneau today, Legislators decided to create a loophole for themselves when it comes to state ethics Laws. While it is illegal for a politician to sell their vote to you, a voter, it is completely legal for them to sell that vote to the caucus in Juneau. In fact, even before they travel to Juneau, they can literally sell all of their votes to the bipartisan caucus without risk of penalty.

Let that sink in for a moment. Your legislator can sign away every single one of their votes for the next two years to the special interests in Juneau, without any penalty whatsoever. In fact, quite the opposite; in exchange for selling out voters, Juneau will lavishly reward them for “being a team player”.

And if a legislator is feeling particularly detached from voters, he may even make a speech about how selling his vote to the caucus ahead of time is a more “efficient” way of doing government and will help shorten the legislative session.

The rewards a legislator receives for pledging votes to the caucus are substantial and often immediate: A guarantee of additional staff employees, a bigger travel budget, a bigger office in the capitol building, chairmanship of a committee, maybe of two committees, additional assignments on other committees, invitations to closed-door policy meetings, a better parking space at the capitol. You name it; the caucus can be very generous in exchange for a legislator’s votes.

Of course, what the caucus gives it can take away. We saw that last year. Perhaps the single most important vote a legislator casts in any given year, is to endorse the state budget (which this year topped $10 Billion). Last year, Senator Mike Dunleavy and Senator Shelley Hughes voted with their constituents to reject a truly terrible budget proposal. For that vote, their fellow legislators in the bipartisan caucus turned on them. Legislative employees who served the Mat-Su were fired, and out looking for work as soon as their bosses’ vote was cast. Their former bosses were kicked off committees, even committees they had been in charge of only the day before. Their budgets were reduced, they were forced to clear out their offices, and immediately disinvited from policy meetings. You get the picture.

I cannot overstate the effect of this arrangement on legislators. Even legislators on good terms with the caucus know that they are only one vote away from receiving the same treatment that Dunleavy and Hughes received. This year, the newest member of the senate, Senator Mike Shower, refused to give his vote to the caucus from the outset. For refusing to give their vote to the caucus, each of these senators were denied the easy life Juneau.

Your legislator is the only member of your community who can vote in Juneau. The one question they must be asked this election cycle, is what they are going to do with that vote. Ask them: “Will you pledge loyalty to the caucus, in exchange for the good life, or will you reserve that loyalty exclusively for your constituents, even if it means forfeiting the good life in Juneau?

Some elected officials, especially those who’ve been in office a few years, or those for whom politics is a family tradition, over time can come to think of their vote as a personal possession or a family heirloom; part of their inheritance, to be used to enlarge their own standing in Juneau or among the political class.

Once a legislator has gotten to that point, it can be very difficult to find their way home again. Regardless, it is incumbent on each of us, as Alaskans, to ask this question before we give our support to a candidate on Election Day. Whose vote is it? Is it the vote of the people, on loan to their elected legislators, to be cast on their behalf? Or is it the politician’s personal property to be bartered or sold in whatever way makes their life better and easier?

Before you decide to vote for someone, ask them if they are going to sell their vote to the caucus. Their answer will tell you a lot about the kind of legislator they are likely to become in Juneau.

Rep. David Eastman has served in the Alaska State House representing the Mat-Su since 2017; He ran on a platform of fighting for genuine conservative reform, fiscally and socially, and remains committed to delivering on that promise.