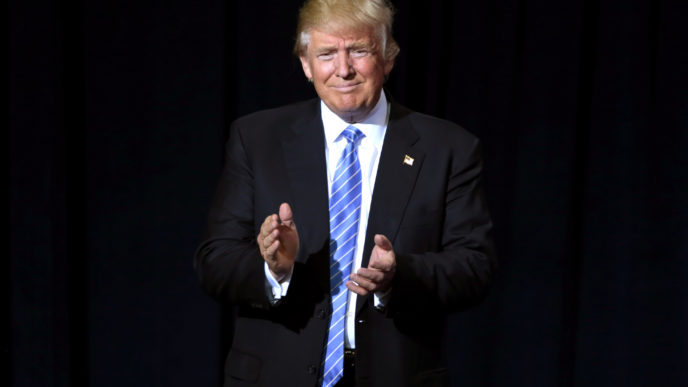 Within hours of the initial reports that suspicious packages containing apparent explosives had been sent to prominent Democrats and legacy media outlets on Wednesday, the blue-check brigade was hard at work on social media blaming Trump, his rhetoric, his supporters, his party, or any combination thereof.

Here are just a few examples.

While the comfortable, 50+ year-old, white media guys continue telling everyone to be more polite and civil and not to yell at Mitch McConnell over dinner, Trump followers are planting explosives in mailboxes https://t.co/tYx9Iebwas

Right-wing rhetoric is resulting in explosives being sent to former Presidents…. and these same idiots are saying the foundation of our country is at stake because of a caravan of harmless migrants??? Serioulsy GTFO.

It’s almost like there’s a relationship between your hateful rhetoric/fear mongering and these attempted assassinations.

Anyway, I know you’re busy making up lies about the Dems funding the caravan, middle class tax cuts and covering pre-existing conditions so I won’t keep you… https://t.co/1gBV85rxBE

These “suspicious packages” are going exclusively to Democrats and media who Trump has called his enemies.

Two weeks before an election, we have what appears to be a pro-Trump terrorism spree against all of Trump’s critics.

These “suspicious packages” are going exclusively to Democrats and media who Trump has called his enemies.

Two weeks before an election, we have what appears to be a pro-Trump terrorism spree against all of Trump’s critics.

Every single recipient of the bomb packages — Soros, Obama, Clinton, Wasserman-Schultz, Holder, CNN — has been a target of Trump’s vicious comments at his raucous rallies. He didn’t light the fire, of course, and he’s condemning it, but he brought the kindling and the matches.

Update: the CNN package was apparently addressed to former CIA Director John Brennan. Trump targeted him too, revoking his security clearance after saying he was a "loudmouth, partisan, political hack who cannot be trusted with the secrets to our country!" https://t.co/voB4Mxwexj

Now CNN, Trump's favorite target, has reported received a suspicious package too. But people just gloss over his reckless (and often crazy) rhetoric, believing the folks who hear it knows he's BS'ing. Some of them don't. https://t.co/kAWiOHyJaD

When CNN, attacked virtually every single day by #Trump , has live explosives and white powder dropped at its door step we need to have a national conversation about a president endangering #Journalists #journalismisnotacrime https://t.co/3vYLo15g9F

Naturally, all these tweets were sent out as the story was still shaping up and well before a suspect or suspected motive were even named by law enforcement or anti-terrorism officials. But why should facts get in the way of a convenient narrative, especially when it’s so close to an important election?

It really does make one wonder: Since so many on the left side of the political spectrum were so quick to blame President Trump or his rhetoric for these attempted attacks before a suspect’s name or background had been released, does that mean they’re finally ready to hold the Left’s overblown rhetoric responsible for the 2017 congressional baseball shooting?

Given the amount of evidence to support each hypothesis at the time I’m writing this, to hold rhetoric accountable for the former but not the latter would present a glaring, hypocritical double standard after all.

Here’s something that shouldn’t have to be said but sadly does: Regardless of what your politics are, if they drive you to threats or acts of violence or terrorism, then you need to stay the hell away from politics until you find and complete a treatment program that gives you the professional help that you so desperately need. (For more from the author of “Blue-Check Brigade Descends on News of Suspicious Packages to Blame Trump” please click HERE)