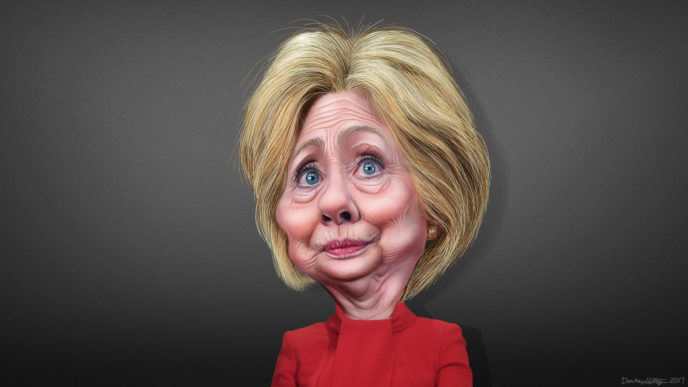 By The Daily Caller. The Department of Justice is requesting that the justification of an FBI raid on a reportedly recognized whistleblower’s home remain secret, according to a letter from U.S. Attorney Robert Robert Hur.

The letter was sent to the U.S. District Court for the District of Maryland on Dec. 7 in response to The Daily Caller News Foundation’s Nov. 30 request to unseal court documents that would show the FBI’s rationale for the raid.

The documents could potentially reveal whether the bureau and the magistrate who signed the court order allowing the raid, Stephanie A. Gallagher, knew that the subject was, according to his lawyer, a recognized whistleblower. . .

The documents Cain possessed reportedly showed that federal officials failed to investigate potential criminal activity regarding former Secretary of State Hillary Clinton, the Clinton Foundation, and the Russian company that purchased Uranium One.

Cain gave the documents to Justice Department Inspector General Michael Horowitz, who had a senior official from his office hand-deliver them to the House and Senate Intelligence Committees, according to Cain’s layer, Michael Socarras. (Read more from “DOJ Wants to Keep Justification for Raiding Reported Clinton Foundation Whistleblower Secret” HERE)

Ned Ryun: Why Are There No Consequences for Clinton Foundation Abuses?

By Fox News. Last week news broke that whistleblowers on the Clinton Foundation had come forward over a year ago regarding potential abuses, including “quid pro quo” behavior, “conflicts of interest” and the paying of personal business with Foundation funds. Some former federal investigators have even said there is strong evidence of potential criminality.

There have always been questions about the Clinton Foundation’s actual purpose and behavior over the years. Of course we can’t forget the Uranium One situation during the Obama years in which, while Hillary Clinton was the Secretary of State, the Committee on Foreign Investment in the United States (CFIUS) board approved giving Russia the rights to 20 percent of our uranium and then magically, $145 million shows up in the Clinton Foundation from interests with ties to Uranium One.

What is not as well known is that there were other concerning business transactions while Hillary was Secretary of State: between 2010 and 2012, Hillary Clinton’s State Department approved $165 billion worth of commercial arms sales to nearly two dozen foreign countries, whose governments had conveniently given anywhere from $54 to $141 million to the Clinton Foundation.

Now, commercial arms sales to foreign countries happen all the time. What’s unusual about the size of the sales Hillary approved in that two year period is that they represented nearly “double the value of American arms sales made to the those countries and approved by the State Department during the same period of President George W. Bush’s second term.” (Read more from “Ned Ryun: Why Are There No Consequences for Clinton Foundation Abuses?” HERE)