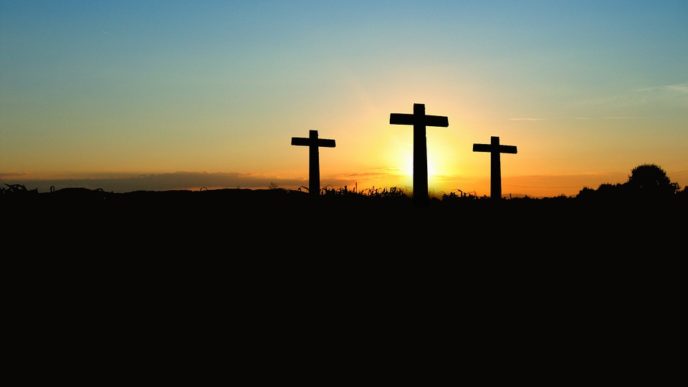 I have been listening to Christian radio since I returned from the Army with a wife and two young daughters over 40 years ago. Some of the preachers have died off and been replaced, and one host was apparently deposed by his protege, but one thing has never changed: all the programs ask for money at some point during their half hour on air.

I don’t have a problem with that. The laborer is worthy of his hire. It’s not cheap to produce and broadcast a daily radio program, and you can’t expect the technicians or the on-air talent to work for free. They, too, have their families to support.

Several of the affiliated organizations provide important services off-air, and printed materials. These must be staffed and funded. I view it as Biblical philanthropy, money well spent.

Sometimes you can contribute out of your abundance, and sometimes it’s a sacrifice. You sure hope they’re spending it as promised. In the television niche, there have been too many scandals in which charities and ministries didn’t.

Donations to Jim and Tammy Faye Bakker’s Praise the Lord (PTL) ministry, for example, supported their extravagant lifestyle, underwrote some catastrophic business ventures, and paid hush money to at least one young woman who accused Jim of sexually imposing himself on her.

And so it was a great reassurance when Christian psychologist James Dobson invited guests onto an episode of his daily Focus on the Family radio broadcast to describe the newly created Evangelical Council for Financial Accountability (ECFA).

Like the Better Business Bureau, however, the ECFA is powerless against non-members. It is a private voluntary association, not a government enforcement agency or regulator.

Feed the Children (FTC), best known for its heart-wrenching television fundraisers depicting listless, starving African children, was not a member.

Feed the Children loaned $950,000 to its president Larry Jones’s son 20 years ago to start a business. That business went broke and defaulted on the loan. It was a public scandal, and Jones’s son left the charity.

But there’s more than one way to skin a cat. The younger Jones ended up on the payroll of Affiliated Media Group. Without a vote of the board, and without competitive bids, Larry Jones signed a television buying agreement that paid Affiliated between $35 million and $40 million per year.

According to board minutes admitted as evidence in federal court, “there has been a less than satisfactory accounting by Affiliated of the true cost of the television time.”

All this escaped public notice earlier because the charity didn’t separately identify the payments to Affiliated on the required IRS form that is subject to public inspection.

Although the son was no longer an employee, he still had a Feed the Children credit card and used the charity’s offices, equipment, vehicles and storage space, according to the American Institute of Philanthropy’s CharityWatch.

Board minutes indicated he used about 17,405 square feet to store his pontoon boat, Sea-Doo personal watercraft and other personal items. Feed the Children paid for electrical work done at young Jones’s home, and for a garage door that he had installed. He later reimbursed the charity.

For two or three years, Jones’s son oversaw a large call center in Elkhart, Indiana for him. During that time, men from a separate company systematically looted the call center of electronic components and sold them for cash in nearby towns. Feed the Children board minutes noted that the company’s only listed contact was Larry Jones.

Watchdogs were not difficult to compromise. For years, the Better Business Bureau’s Wise Giving Alliance granted Feed the Children its “Wise Giving Seal” for a $15,000 annual fee.

Marcus Owens, Wise Giving Alliance treasurer, was the former director of the IRS Exempt Organizations Division. Jones hired Owens to help him attempt the ouster of the charity’s board of director, to replace them with hand-picked directors personally loyal to him.

MinistryWatch gave Feed the Children a four-star overall efficiency rating and a five-star resource allocation rating. Charity Navigator gave its highest rating to Feed the Children, and vouched that it was “one of those charities that has their financial health in order.”

The fawning monitors took Feed the Children statements at face value until the Daily Oklahoman newspaper and CBS television news broke stories of financial plunder. It was a scandal not only for Feed the Children, but for the watchdogs who should have sounded the alarm much sooner.

There were abundant indications that something was rotten at the charity. Two years earlier, it was spending less than a quarter of its cash budget on program services. Nearly two thirds of each dollar contributed to the charity went to fundraising costs instead of children.

Only CharityWatch at the American Institute of Philanthropy was critical of Jones before the media exposed the larceny. ECFA was untouched by the scandal since Feed the Children was not an ECFA member.

Even at the squeaky-clean ECFA, though, changes were brewing that would later de-emphasize vigilance and verification.

I remember the ECFA Standards Review Committee emerging from a quarterly meeting over 20 years ago to announce the suspension of Gospel Rescue Mission for using misleading stories and false statistics in its fundraising appeals. It’s difficult to imagine ECFA doing that now.

The Evangelicals’ accountability organization appears to have turned the process over to its lawyers, and that inevitably means playing defense, not offense. Priority number one becomes to avoid “buying a lawsuit,” to avoid legal liability for ECFA itself.

That dethrones the previous ambition to protect Christians who ought to be able to contribute to Evangelical nonprofits with confidence. Nowadays, ECFA does not comment on the compliance of member charities, but treats it as a private matter between the ECFA and the charity.

Nothing gets disclosed to the public unless and until the charity is suspended or expelled. And the accused charity is a dues-paying, fee-paying client. How could that policy not lead to abuses?

Missions-minded donors are especially vulnerable to opaque accounting. ECFA member Mars Hill Church asked for and received donations to fund church-planting in Ethiopia and India, but tapped those millions for U.S. operations after domestic contributions fell off.

It was an obvious violation of ECFA standards, but ECFA took no action against the Seattle church. That church no longer exists, due in part to its lack of accountability.

But once again, ECFA acted with apparent reluctance, only after the evangelical World magazine ran freelance writer Julie Roys’s account of the church’s “ongoing pattern of relational and financial abuse, lack of transparency and outright deception.”

Founding pastor James MacDonald admitted taking over $300,000 per year from a separately funded church-planting network to balance the books at his home church, where he was extravagant.

He also wrote a $50,000 check to his friend Mars Hill pastor Mark Driscoll in 2017. It was first drawn on the church-planting account, then reimbursed from the church’s account. That became public, and still ECFA took no action against Harvest Bible Chapel, and imposed no heightened reporting requirements.

The church’s financials are audited annually by CapinCrouse, a certified public accountant and consulting firm described in Wondering Eagle blog as Evangelical nonprofits’ BFF (“best friends forever”). But how did somebody embezzle more than a quarter million dollars over two fiscal years without the auditor or ECFA noticing?

“The fact that ECFA didn’t discover these violations is bad enough,” Julie Roys wrote in her eponymous blog. “But the fact that the group failed to act even after I reported these glaring violations is inexcusable.”

It appears that we can’t count on the diligence and integrity of auditors and voluntary accountability organizations anymore. Financial statements may or may not reflect the true state of affairs. From Oklahoma City to Seattle to Chicago, too many of them have been compromised by their clients.

We can’t just stop giving. And so the conscientious Christian benefactor will have to cast wide nets, examine multiple rating and review publications, keep an ear to the ground, and read between the lines. Be skeptical. Be very skeptical.

The good news is that Christian bloggers and journalists have stepped up to the plate, as have secular journalists.
It’s a shame when we have to rely on antagonistic government regulators or secular journalists to keep us honest. But that’s what happens when we outsource our integrity.

We’ve got to confront strong and manipulative personalities within the church and church-affiliated organizations when they resist transparency and accountability. If we don’t, then it’s our own fault when the government and the mainstream media intrude.

I hope Christian university faculties and theorists will recognize the crisis in philanthropy and accountability. They have a strong incentive, after all, to imagine, devise and advocate accountability reforms that can refresh confidence in the financial integrity of institutions that depend on the generosity of believers.

Like churches, missions and charities, they’re going to see their resources dry up if donors stop believing in their faithful stewardship.