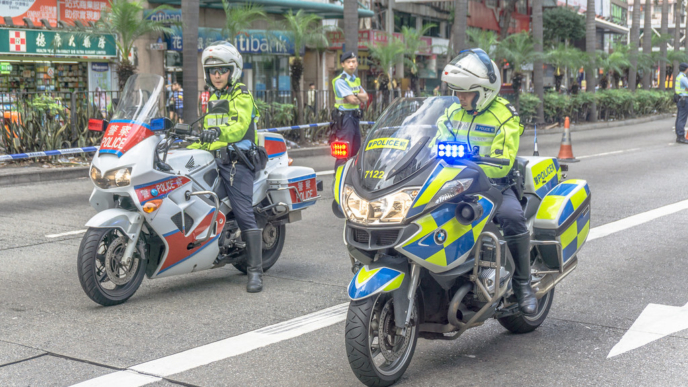 “The research figures show the widespread use of tear gas by police poses a real threat to public health,” Wong Cheuk-pang, one of the researchers who led the study into effects of police use of tear gas on journalists, said at a press conference Friday, according to the HKFP.

The researchers reportedly interviewed over 170 journalists covering the protests about their health experiences following their presence at events where police used tear gas. “After police used tear gas on July 28 in Sheung Wan, 96.2 percent of respondents said they had difficulty breathing, persistent coughing or coughed up blood,” the HKFP noted. A majority (72.6 percent) said they developed rashes and other skin issues following their presence there. Some said they experienced second-degree burns. At least one person developed pneumonia after being exposed to tear gas, the researchers said.

On the same day, in the suburbs of Yuen Long, police fired so much tear gas elderly residents of a nursing home, where someone had accidentally left a window open, filmed the tear gas entering the building and hurting the residents, sparking outrage online. No evidence has surfaced linking the affected in the nursing home to the protest movement.

Journalists documenting the protests – whose participants have been largely peaceful, while Hong Kong police have attacked with tear gas and pepper spray and masked mobs have beaten them with sticks – have endured significant assaults while present for the events. During the first pro-China mob attack, in Yuen Long in July, the South China Morning Post reported that at least four journalists received beatings for attempting to cover the assault. (Read more from “Hong Kong Police Used so Much Tear Gas Journalists Coughed Blood” HERE)