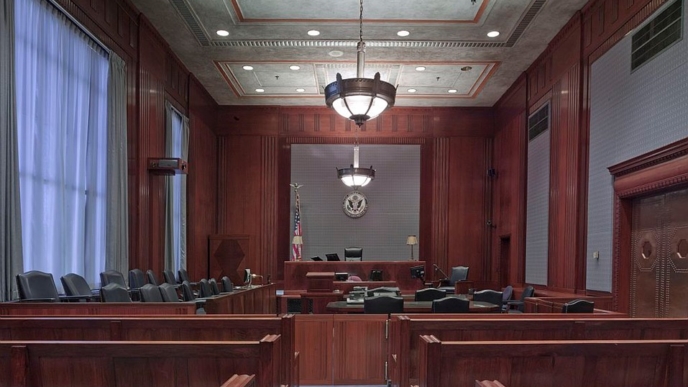 It looks like Christmas will come early this year in New York for violent criminals, while peaceful taxpayers will be stuck with a lump of coal.

Come January 1, thanks to a bill signed earlier this year by New York Gov. Andrew Cuomo, criminals arrested for roughly 400 categories of misdemeanors and felonies will be released immediately without the need to post any cash bail pretrial. Other criminals will get off with limited cash bail or other forms of unsecured bond. This means that people arrested for criminally negligent homicide, any drug trafficking and gang activity, or aggravated assault (even against children) will be released indefinitely while awaiting trial, which often takes a long time. This law applies retroactively to those already in jail awaiting trial for these crimes.

Now, the New York Post is reporting that the state Office of Court Administration is now working on a plan to begin staggering 880 releases of current criminals beginning in December. According to the Post, the Legal Aid Society, a taxpayer-funded legal aid group that has notoriously helped free violent criminals, is already filing motions to get these people released as soon as possible. The Legal Aid Society is the same taxpayer-funded group that is now defending Randy Santos, the man accused of beating four homeless men to death in Chinatown last month.

“It is completely arbitrary and cruel to hold people pre-trial now who will have to be released come Jan. 1,” said Marie Ndiaye, a lawyer for the Legal Aid Society. In the case of Santos, he was on the streets despite numerous arrests for violent crimes and skipping court hearings. It’s richly ironic for the Legal Aid Society to be promoting a new jailbreak program under the promise that these people released pretrial won’t skip court dates. The only cruelty here is leaving the most violent criminals on the streets to assault, sexually molest, and murder.

But fear not, as an incentive for them to show up at court, a plan is being concocted by Mayor Bill de Blasio’s Office of Criminal Justice. The Post reports that he is trying to bribe these criminals with free tickets to Mets baseball games as an incentive to show up for trial. The assumption is that the Mets are not as popular as the Yankees. But as one cop is quoted as saying, “Are Yankees tickets reserved for murderers? I am sure it will only be a matter of time before they get out on no bail.’’

Another cop quoted by the Post asked rhetorically, “What do the victims get — to watch it on TV?’’

This is no joke, though. And it’s not just happening in liberal bastions like New York. Republicans and even President Trump have bought into this notion of one-sided “criminal justice reform” and “bail reform” all focused on leniencies for criminals.

Yesterday, the president was still touting the federal jailbreak bill known as First Step Act, which retroactively freed many of the worst gang-bangers and drug traffickers with long rap sheets who graduated to the federal system.

As I’ve noted before, jailbreak policies hurt African-Americans more than anyone else, a point the president made consistently before ceding this issue to the jailbreak movement. The overwhelming majority of the public wants government to be tougher, not weaker, on crime.

The jailbreak fever has permeated every aspect of politics in Oklahoma, a state where the majority of every single county’s residents voted for the Republican presidential nominee over the past four elections cycles. The Oklahoma Pardon and Parole Board is recommending the immediate release of 527 inmates. It is all designed to lower the prison population as an end to itself – with no sense of balance for public safety. It’s one thing to target very small numbers of individuals for leniencies, but at the same time focus on numerous violent criminals like Andrew Munoz who have escaped justice in states like Oklahoma and wound up killing a mother and daughter in Oklahoma City earlier this year.

For every one person some might think are over-sentenced, there are numberless violent criminals who are under-sentenced or never sentenced, but few politicians in either party seem interested in focusing on them. This is all a one-sided jailbreak.

The delegitimization of justice and incarceration is also continuing to take a toll on cops. As part of the growing trend of open and brazen physical attacks on cops in New York, an NYPD vehicle was trashed with rotten food and eggs on Halloween night in the Bronx as two officers responded to a domestic dispute. While the officers were patiently cleaning up the car, they were being openly taunted by some local residents on the streets.

Here’s a case just from this week. According to the New York Daily News, Musa Williams, 25, was arrested for a string of crimes in the Washington, D.C., area and was sent back to Manhattan Friday on a warrant for having missed a September 24 appearance in criminal court on criminal mischief charges in NYC. Despite his long rap sheet, Manhattan Criminal Court Judge Laurie Peterson released Williams on his own recognizance that very same day. Two days later, he is accused of beating a Port Authority officer “so badly Sunday morning that he broke the 27-year-old cop’s nose and cut his left eyeball.”

The president has always strongly backed law enforcement, but now he needs to realize that agreeing to the Left’s premise that the criminal justice system unjustly incarcerates too many people is contributing to the war on cops. He already gave a “first step” to criminals. Now he should focus on a first step policy for law enforcement, victims of crime, and the 99 percent of the public who are law-abiding citizens, rather than offering a “second step” to criminals. When is Christmas for people who want safe streets? (For more from the author of “NY Governor Preparing to Release 900 Criminals and Offer Mets Tickets to Show up for Trial” please click HERE) 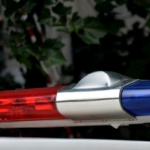 Kanye’s ‘Jesus Is King’ Album Debuts at No. 1 on the Billboard Charts,...

Trump to Withhold Federal Aid for California Wildfires – This Is the Reason...
Scroll to top