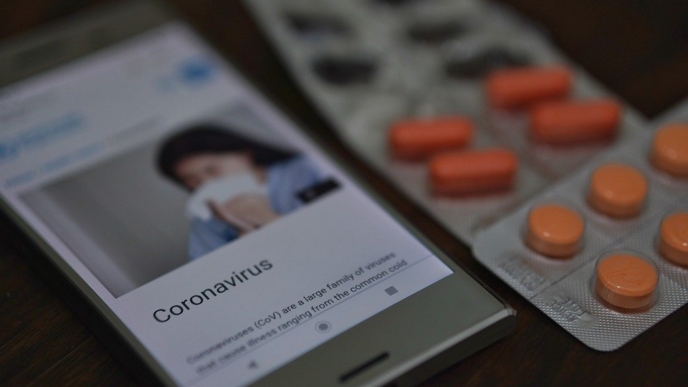 We have been told by every expert in the world that this COVID19 virus is “bad.” And it most certainly is. Thousands have died and there are more to come. But when we use words like “bad” or “good” there is a presumption that we are comparing something before us to something we already know to be bad or good. It is called perspective.

What then are we to compare this current threat to, if we are to have perspective? Should we compare it to the Spanish Flu which killed 675,000 Americans and 20-50 million worldwide? It appears not. No one disagrees that the Spanish Flu was truly bad. Indeed, as we became aware of COVID19 some experts were projecting a death toll similar to that of the Spanish Flu. But this isn’t the Spanish Flu. With the most recent models projecting deaths to be in the 82 thousand range, (with a low of 50,000 and a high of 136,000) we are well below the Spanish Flu level of “bad.”

But what about the Influenza epidemic of 2017-2018? In that outbreak 45 million Americans were infected which required 810,000 hospitalizations resulting in 61,000 deaths. When it comes to deaths it seems like this might make an adequate comparison. But did we consider the 2017-18 outbreak “bad”? I don’t know because I can’t remember anything significant about it. Can you? There might have been some school closures but I’m certain we here in Alaska didn’t do any social distancing. We certainly didn’t shut down any businesses nor did we order, under penalty of fine and/or imprisonment, our fellow citizens to remain in their homes. In fact the economy did rather well.

Today however, things are quite different. Things are ‘bad’…real bad… or so we are told. We have a Governor and Mayors who have ordered the most extreme measures of nearly any state in the country. Our civil liberties are virtually suspended. We cannot travel outside our homes without following the repressive directives of elected officials. We cannot associate with anyone who is not in our immediate family. We cannot go to work unless those same officials deem that work essential. Our churches have been ordered closed but marijuana and bicycle shops have not. Elective surgeries have been cancelled but abortions have not. We have been ordered to wear face masks. The state even provides a link to where one Alaskan can report on another for suspected violations of Corona virus diktats. Here is the link. (investigations@alaska.gov.)

How did we get to a point where we cowered in our homes even as our leaders stripped us of our civil rights and destroyed our economy? What were we thinking? What were they thinking?

The answer is remarkably simple. We lost perspective. As cowering citizens we chose to live in fear of something the experts should have known was unknowable. We lived in fear of “death rates” when they were unknowable and presented fraudulently. Drs. Fauci and Birx knew that any calculation based on the number of Americans infected by COVID19 was nearly useless as it was based on that which was unknowable—the number of Americans infected. We hadn’t tested any where near the number of people needed to make far-reaching and devastating economic decisions. And yet they pressed on, early on, in convincing President Trump that it was likely the virus would kill millions of Americans.

I’m not suggesting that Trump should not have listened to either Fauci or Birx, indeed they were precisely the people he should have been listening to. But Trump made, and continues to make, a mistake. He listens only to them.

They are first and foremost doctors. In that calling they are incapable of answering the most important question that Trump, and many governors, are not asking. “How many lives, doctor, are you willing to lose right now so that I can open the economy and possibly avert an economic disaster?” Any doctor worth their oath will say “None”. And that is the answer we all want from our doctors. That is a good thing.

But our political leaders must look at the whole picture. They must be able to ask and answer that question at any given moment. That is what we elected them to do.

Three days before D-Day in 1944 General Eisenhower was given an estimate by ‘his doctors’ that the invasion could yield 75% casualties. That means 75 out of 100 men would be killed or wounded. He made the call to proceed with the invasion, winning the war.

If our leaders believe we are at war with this virus then they must start acting like it. They must make the tough calls. If they don’t, this virus will take its course regardless but we will be left with little or nothing at the end of it. That is a clear knowable.

Early on in this crisis I listened to an epidemiologist say during an interview that, “epidemiologists lose sleep over denominators.” When a scientist says he loses sleep over something we all need to pay attention to that something. I did.

When we calculate the rate of anything, in this instance a “death rate”, we must have both a numerator and a denominator. The numerator has been fairly easy to ascertain. It’s the number of people who have tested positive and have died. But the denominator is another thing altogether. Fauci and Birx have been too often using models to determine the number of people who have the virus as the denominator and that has, as we now know and they should have known, been an unknowable number. But when they do so the denominator used is so small the death rate gets quite large…say 1.5 to 2.5%, the range Fauci gave just a few weeks ago. Yesterday he said, “Data always trumps models.” Today, the economy is being decimated because of unknowable data used to make bad models.

Instead, they should have been using a knowable number as the denominator, our population. There are 330 million of us. As of this writing the death from COVID19 in America are 12,474. Divide that number into 330 million and we come to a death rate of .0000378. Conversely that gives Americans a survivability rate of .9999622. While dying from this virus is an utter disaster for the victim and his or her family and friends this does not constitute a disaster worthy of shutting down the entire American economy.

To get to Dr. Fauci’s 1.5% death rate we would be looking at over 4.9 million Americans succumbing to the virus. No one is projecting that anymore.

The current and most followed projections are that 81,766 Americans will succumb to the virus. That is a tragedy of course. But dividing 81,766 into 330 million we come to a death rate of .000248, giving a survivability rate of .9998. Again, is that worth the great price paid in lives and fortunes by shutting down our entire economy? One day very soon nearly every last American will answer with a resounding ‘NO!”

Here in Alaska we are faced with the exact same predicament. Substitute ‘Dunleavy’ for ‘Trump’ and ‘Zink’ for ‘Fauci’ in the above analysis and we come to the same conclusion. Governor Dunleavy is listening only to those who are incapable of answering ““How many lives, doctor, are you willing to lose right now so that I can open the economy and possibly avert an economic disaster?” with anything other than “None.” Same methodology, same problem.

As of this writing six Alaskans have died from the virus. There are 730,000 Alaskans. That’s a .000008 death rate, giving a .99999 survivability rate. And yet we allow our government to lock us in our homes, close our churches and businesses and force us to wear masks even as abortions go on and pot and bicycle shops remain open. If it weren’t so serious it would be laughable, disgustingly so. We gave up nearly all our God-given liberties and personal fortunes…for this?!

It’s time to go back to work and to the new normal. While we need to take prudent precautions in doing so, like washing our hands, not coughing on others, staying out of groups of greater than 50 people for the near term and being otherwise good citizens, we need to do what needs to be done. Work.

If we don’t…and soon…we will remember this COVID19 crisis not by how well we responded to it but by how we didn’t…even as we destroyed ourselves. The cure is now worse than the disease. Really.

Pelosi: Presidential Primary Voting at This Time Is ‘Undermining Our ...
Scroll to top