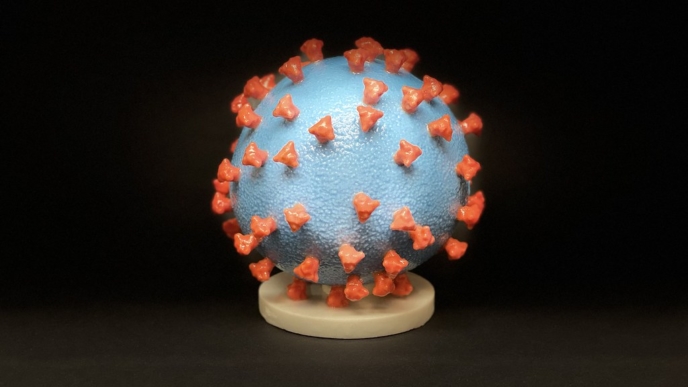 By The Federalist. The United States now has so few deaths due to COVID-19 that the Centers for Disease Control and Prevention reported Friday it is approaching the threshold for dipping below the level of an epidemic.

The CDC defines an epidemic as an outbreak from which the number of deaths per week exceeds a given percentage of total deaths within the nation. The number of deaths from COVID-19 has steadily declined since hitting its peak in early May after it began spiking in the second week in March.

That threshold death rate for COVID-19 and other diseases such as influenza and pneumonia fluctuates, ranging typically from 5 to 7 percent at the height of flu season. The CDC said the Wuhan flu death rate had, during the last week in June, become equal to the epidemic threshold of 5.9 percent, reaching its lowest point since the end of last year.

The agency warned this is likely to change as more death certificates from recent weeks are processed, but it could mean hopeful news for the upcoming weeks. The total number of deaths due to COVID-19 has been declining for 10 straight weeks, concluding with week 26 that ended June 27. This suggests the United States could be on the verge of not being considered in an epidemic.

By Fox News. Several big-city mayors and top officials are acknowledging that weeks of anti-police protests and riots may have contributed to surging coronavirus rates, weeks after Democrats and even some epidemiologists openly encouraged Black Lives Matter allies to demonstrate in the streets.

In public statements and interviews with Fox News this weekend, officials in Los Angeles, Seattle and Miami-Dade County, Fla., have indicated that some link between protests and new cases was at least possible. Still, many officials declined to comment when contacted by Fox News this weekend, and others – including New York Mayor Bill de Blasio’s office – disputed that the protests had caused any issue.

“Based on our health indicators, which measure hospital admissions, number of people in ICU and percentage of New Yorkers testing positive, we have seen no indication of an uptick in cases,” Avery Cohen, de Blasio’s deputy press secretary, told Fox News. . .

New York officials were previously less tolerant of mass gatherings — at least, for certain religious groups. In April, de Blasio told the Jewish community that “the time for warnings has passed” after he said a funeral gathering had violated social distancing guidelines.

New York’s current position differs markedly from assessments by officials in Los Angeles and elsewhere. Last Wednesday, Los Angeles Mayor Eric Garcetti acknowledged that public protests likely were causing a coronavirus spike, just two days after claiming there wasn’t “any conclusive evidence” showing a connection between the two. De Blasio, like Garcetti, has defended demonstrators, saying they were participating in a “historical moment.”

Are you ready to flood the streets to fight for Black lives and against police brutality and reclaim our roots of pride? Join us today at 1 PM at FOLEY SQUARE. #QueerLiberationMarch pic.twitter.com/vIXmV62meW

By Fox News. Health experts won’t ask Americans to take off their masks any time soon.

That’s the take of Eric Toner, a senior scholar at the Johns Hopkins Center for Health Security. He has been preparing for an outbreak like the novel coronavirus as part of his work for years.

Johns Hopkins practices virus simulations as part of is preparedness protocol, with the goal of offering public health experts and policymakers a blueprint of what to do in a pandemic. One of those simulations took place in October 2019, when Toner and a team of researchers launched a coronavirus pandemic simulation in New York, running through various scenarios on how residents, governments and private businesses would hypothetically react to the threat.

One thing that stood out to him: Face coverings are a vital defense to stop the spread of the virus. He believes COVID-19 won’t slow down in the U.S. even as states start to slowly reopen. . .

“I think that mask wearing and some degree of social distancing, we will be living with — hopefully living with happily — for several years,” he said. “It’s actually pretty straightforward. If we cover our faces, and both you and anyone you’re interacting with are wearing a mask, the risk of transmission goes way down.” (Read more from “Coronavirus Expert Says Americans Will Be Wearing Masks for ‘Several Years’” HERE)