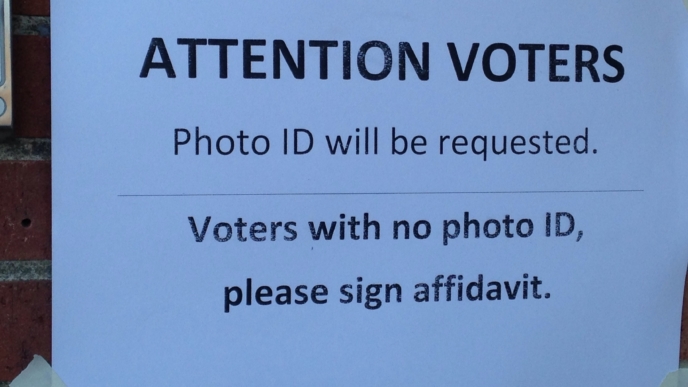 By The Federalist. Democrats largely oppose Georgia’s new election law requiring voter identification for absentee ballots because it is “racist,” but some are encouraging the creation of a “vaccine passport” despite vaccine hesitancy in black communities.

The Biden administration is reportedly working with undisclosed private tech companies to create vaccine passes for Americans to use as proof that they are immunized against COVID-19 in order to gain access to certain services that require vaccination. Some elected officials such as Florida Gov. Ron DeSantis have already taken swift action to denounce the proposed passports, citing privacy concerns and the risk that Americans will be forced to do something they oppose in exchange for participation in “normal society.”

If you think voter ID is racist, but a vaccine passport is just fine, you need some serious help thinking through public policy.

These concerns, however, have not stopped at least 17 other initiatives by organizations such as the World Health Organization and IBM from pushing for the collection of people’s vaccination information to “return to normal” at the same time a Democrat-led outrage against Georgia’s newest election laws requiring voter IDs continues.

Make no mistake, this Georgia Jim Crow law and the similar ones being proposed in Arizona, Iowa dozens of other states are as much about motivating Republican voters who are downcast after the 2020 and January 2021 losses as they are about suppressing Democratic votes.

The new Jim Crow, except that it’s actually the old Jim Crow. pic.twitter.com/y8N6PhPgzd

The Georgia voting law — like so many others being pursued by Republicans in statehouses across the country — is a blatant attack on the right to vote, the Constitution, and good conscience.

By WND. Democrats, contending laws requiring voters to present photo ID amount to discriminatory “suppression” of the black vote, are pushing legislation in the Senate that would gut state voter ID laws.

But a new Rasmussen national telephone and online survey finds that 69% of likely black voters and 75% overall believe voters should be required to show photo identification such as a driver’s license before being allowed to vote.

Only 21% are opposed to such a requirement.

Rasmussen noted that 36 states have enacted some form of voter ID law. However, those laws would be nullified if the Senate approves HR1, which passed the House on a party-line vote. . .

In the latest survey, 89% of Republicans support voter ID requirements along with 60% of Democrats and 77% of voters not affiliated with either major party. (Read more from “Racist? Nearly 70% of Blacks Support Voter ID” HERE)

Insanity: CNN Claims There’s No Way to Tell if a Baby Is a Boy or a Girl