There is a growing so-called “children’s rights” movement that is attempting to hijack parental rights, and, as a result, prematurely end the life of ill children.

A recent article in the Journal of Medical Ethics outlines the “suffering” and “torture” supposedly inflicted by parents who insist on continued medical treatment for their sick children. The authors of the review, Dr. Joe Brierley and Dr. Andy Petros, two pediatricians from Great Ormond Street Hospital for Children in London, argue that subjecting children to treatment—when, in their opinion, a child is terminally ill—is “inhumane.”

In fact, they argue that continuing to medically treat a child when doctors have given up hope could constitute a breach of Article 3 of the European Convention on Human Rights, which prohibits “torture.”

The two doctors reviewed 203 cases at the hospital’s Neonatal Intensive Care unit, where parents were advised that life support systems should be turned off for their children because recovery, in the view of the hospital staff, was unlikely. Seventy percent of deaths at the unit resulted from withdrawing medical care. 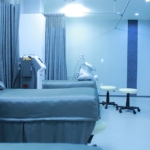 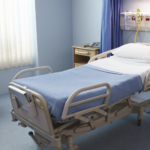 Crime Does Pay: Convicted Felon Gets $104 Million from IRS Video: Innocence of Muslims
Scroll to top