More than 500 people were murdered in Chicago last year. Yet Chicago mayor Rahm Emanuel still found time to berate the fast-food franchise Chick-fil-A for not sharing “Chicago values” — apparently, because its founder does not approve of gay marriage.

Two states have legalized marijuana, with more to come. Yet social taboos against tobacco smoking make it nearly impossible to light up a cigarette in public places. Marijuana, like alcohol, causes far greater short-term impairment than does nicotine. But legal cigarette smoking is now seen as a corporate-sponsored, uncool, and dirty habit that leads to long-term health costs for society at large — in a way homegrown, hip, and mostly illegal pot smoking apparently does not.

A federal judge in New York recently ruled that the so-called morning-after birth-control pill must be made available to all “women” regardless of age or parental consent, and without a prescription. The judge determined that it was unfair for those under 16 to be denied access to such emergency contraceptives. But if vast numbers of girls younger than 16 need after-sex options to prevent unwanted pregnancies, why isn’t there a flood of statutory-rape charges being lodged against older teenagers for having consensual relations with younger girls? 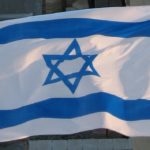 Left Believes Drug Controls Don’t Work, So Why Do They Think Gun Controls Will?

Video: Walter Williams On the Morality of the Free Market 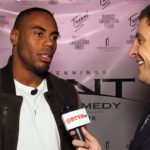 The Atrocity Known as Moral Equivalence

See, I Told You So … Feminist Mom Aghast at the Treatment her son Gets at College (From the Femi...
Scroll to top