Democratic congresswoman and Iraq War veteran Rep. Tulsi Gabbard of Hawaii stated her opposition earlier this week to punitive military strikes against Syria, underscoring the Obama Administration’s struggle in trying to rally even members of his own party to back the use of force.

After participating in public and private sessions on Capitol Hill, Gabbard stated a U.S. military strike would be a serious mistake.

“As a soldier, I understand that before taking any military action, our nation must have a clear tactical objective, a realistic strategy, the necessary resources to execute that strategy, including the support of the American people, and an exit plan,” Gabbard said in a statement. “The proposed military action against Syria fails to meet any of these criteria.”

Gabbard, who served near Baghdad for a year and was a medical operations specialist, is a member of the House Foreign Affairs Committee.

Rep. Gabbard explains her opposition to Greta Van Susteran “On the Record.” 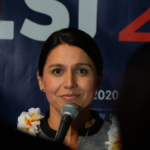 Calls to Congress 499 to 1 Against Syria War

CBO: We Can’t Estimate Cost of Intervening in Syria 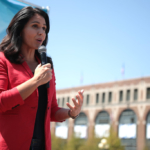