After Islamic terror and immigration, the rise in domestic crime constitutes the third leg of Obama’s war on our sovereignty, security, and society. For the first time in over two decades, violent crime is on the rise; yet instead of clamping down on crime, there is now a bipartisan consensus to join the far left and dismantle some of the tough-on-crime laws that have worked so well over the past few decades.

Instead of fighting Obama on immigration, Iran, and illegal executive actions, a number of Republicans are expending all of their energy and political capital working with far-left groups to pass the “Sentencing Reform and Corrections Act of 2015” (S.2123). With the growing spike in crime, this retroactive jailbreak bill is now on life support. Sen. Tom Cotton (R-AR) deserves a lot of credit for leading the fight to sink this bill. And for good reason.

There’s some disagreement in the criminology field over why crime has fallen so much since the early ‘90s, but everyone agrees there are clearly some long-term macro factors fueling the precipitous decline. Perforce, the fact that the FBI is reporting a 6.2% increase in homicides nationwide for the first six months of 2015 is a big deal because it goes against the grain of these strong countervailing factors pushing the trend in the other direction. In the nation’s 25 largest cities, the murder rate jumped 14.6% in 2015, which is the largest single-year spike since 1960, according to the left-leaning Marshall Project.

Radical pro-criminal groups, such as The Leadership Conference on Civil and Human Rights, are now panicking for fear that recent news will scuttle their jailbreak bill. Sen. John Cornyn (R-TX) even reassured one of their leaders that he is still committed to the cause of jailbreak.

We will do our best https://t.co/uRgASRInun

And in case you thought the Senate criminal injustice bill was not the new gang of eight, La Raza would like you to know they want this bill passed…now!

It's been 97 days since #SentencingReform passed out of Senate Judiciary Committee. @SenateMajLdr MUST hold a vote! pic.twitter.com/V8lzUkVC9j

Obviously, the war on cops looms large in creating incentives for criminals to strike, but the recidivism of the large numbers of criminals released from jail in recent years is certainly not helping. Over the past nine years, the Sentencing Commission has repeatedly imposed retroactive reductions in sentences for federal drug felons, culminating with the announcement last year 46,000 drug traffickers would be released from federal prison as a result of their latest actions. Now we are seeing the tragedies resulting from the release of career criminals.

Despite the fallacious talking points about “non-violent drug offenses,” those serving time in federal prison are often incorrigible. As Tennessee’s First District Attorney General Tony Clark recently said regarding the uptick of recidivism in eastern Tennessee resulting from the jailbreak policies, “most of the drug dealers are armed, most of them use violence, people are killed over drugs, so to say that drug dealing, just because they’re incarcerated for a non-violent drug offense I think is a misnomer. And it’s a mistake.”

“The man charged with killing an ex-girlfriend and two of her children in a North Side stabbing rampage early on Tuesday likely would have been deep into a 12 1/2-year federal prison sentence if sentencing guidelines for convicted crack dealers had remained unchanged. Wendell L. Callahan, 35, twice benefited from changes in federal sentencing guidelines, which reduced his sentence by a total of more than four years, from the 150 months he was first given in 2007, to 110 months in 2008 including time served, and 100 months in 2011.” [Columbus Dispatch, 1/13/2016]

In June 2013, Devon Saunders was sentenced to 41 months in prison for dealing crack cocaine and six years of supervised release thereafter. He was released last November by a judge who applied the early release guidelines from the Sentencing Commission. Just two months later he was arrested in Pittsburgh for possession of heroin and ….second-degree robbery. So much for the victimless crime.

Another big dimension of the fight to “reduce prison population at all costs” is the transfer of violent criminals to halfway houses. Earlier this month it was reported that a violent criminal escaped from a halfway house and immediately went on a rampage, raping and robbing five women throughout the city. At the time, Police Chief Cathy Lanier admitted this is a growing trend and is contributing to the rise in crime in D.C. “These alternatives to being incarcerated include group homes, halfway houses, community placement with GPS tracking devices, and it’s those folks that we are seeing that are increasingly being involved in crime,” said Lanier.

Now consider that, according to the Sentencing Commission, over 11,500 inmates would be eligible for retroactive leniency under the current Senate bill. There is no telling how many prospective criminals will be affected by this legislation. Here is just one likely example, cited by Sen. David Purdue (R-GA) during the committee markup:

In 2010, Albert Burnett was convicted and sentenced for unlawful possession of a firearm for his participation in a shootout in an Illinois shopping mall. Prior to this, he was convicted in state court 5 times of murder, 2 times of attempted murder, aggravated battery, domestic battery, and twice being a felon in possession of a firearm. He served less than 4 years of his sentence for murder, a crime he committed while on parole from his 2 attempted murder convictions, before being released again on parole. [details from US v. Burnett, 641 F. 3d 894 (7th Cir. 2011)] For his federal conviction, Burnett was sentenced to 15 years imprisonment – the mandatory minimum. But under the current Senate bill, he could have his sentence reduced by 5 years. And federal prisoners generally serve only 85% of their sentences, meaning Burnett could be back on the streets by 2018.

The Great Success of Jailbreak on a state level?

Although state programs for early release make slightly more sense than release of federal criminals, don’t think that many of the people serving time in state prison on drug charges are not violent career criminals either. According to a report released last year by the Bureau of Justice Statistics, 76.9% of drug offenders who were released from prison in 30 states from 2005-2010 were arrested again within five years, a quarter of them committing violent crimes.

The much-vaunted early release program in Utah, the Justice Reinvestment Initiative, is in part what has fueled support for federal jailbreak legislation. But just last week, a career criminal who was eligible for early parole under this program murdered a Salt Lake City cop. He had accrued a decade-long rap sheet of charges for drugs, firearms violations, and theft—the paradigm of a career criminal eligible for early release under the proposed federal legislation. Like many of these career criminals, they might be serving time because they were convicted for a lower-level crime, but they remain dangerous criminals.

In the alacrity of some of these states to empty their prison populations at all costs, some are even letting out the wrong people. Washington cloddishly erred in calculating the sentences of eight criminals, resulting in their release. They committed numerous felonies and 19 misdemeanors shortly after their release. Several of them committed murder.

In Delaware, 71% of the 11,700 felony weapon charges filed between 2012 and 2014 were dropped and 80% of those charged with using firearms while committing crimes over the same time period were never prosecuted. They are already seeing a recidivism problem from those early releases or dropped charges, which has led to the loss of human life. Remember, the bipartisan Senate bill codifies Obama’s willful disregard of criminals who committed firearms violations [sections 104, 105 of S. 2123].

In California, voters passed Proposition 47, which dramatically reduced the penalty for drug offenses and property crimes. What are the results? Heather McDonald compiled the following data:

Ironically, prison costs have increased in California, even as they released 30,000 prisoners over the past three years. The moral of the story? When you pursue reduction in prison population at the expense of public safety you reap the benefits of neither.

As we noted before, those serving time in federal prisons tend to be even worse than those released from state prisons. The Senate bill would likely release even worse offenders. The bill repeals the “Three Strikes” law, allowing early release for those convicted of three serious drug dealing offenses, offers early release to juvenile MS-13 gang members, and reduces sentences for those convicted of firearms violations while committing robberies. The general leniencies for juveniles are appalling and on par with some of the lunacy blue state legislatures have passed in states like Maryland. Taken as a whole, these categories of crimes are all associated with the most violent individuals who are capable of murder, and if released, will likely re-offend with worse offenses.

In a rare moment of candor, Senator Durbin, a sponsor of this bill, said: “This is dangerous business for a politician. We are going to release people, but we don’t know what they are going to do. We may be held personally accountable. But if we use that as our inspiration we will never touch the sentencing laws.”

Maybe he is on to something after all. (For more from the author of “Stick a Fork in the Willie Horton Jailbreak Bill” please click HERE)

Watch a recent interview with the author below: 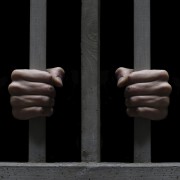 North Korea ‘Preparing Long-Range Missile Launch Next Week’ The Admiral in Charge of Navy Intelligence Has Not Been Allowed to See Military...
Scroll to top