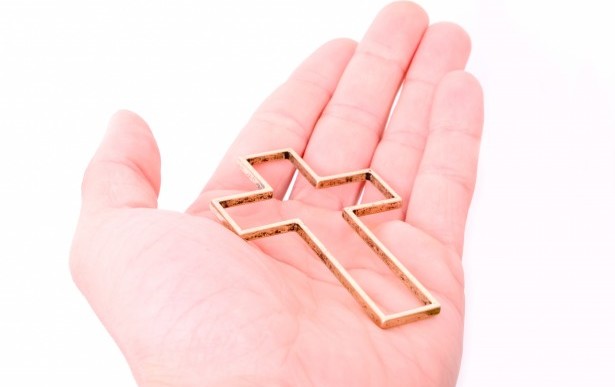 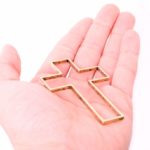 Is there an increasing hostility to Christian values and religious freedoms in our country today? Here are seven representative examples, all from the last few weeks. Judge for yourself.

1. The NCAA announced that it will not hold any men’s and women’s Final Four basketball events in a city that “discriminates” against anyone based on sexual orientation or gender identity.

In its official statement, the NCAA declared, “The board’s decision follows the recent actions of legislatures in several states, which have passed laws allowing residents to refuse to provide services to some people based on their sexual orientation or gender identity. While proponents of the laws focus on how they protect religious beliefs, critics have voiced concerns that they create an environment of sanctioned discrimination.”

Not only, then, has the NCAA grossly mischaracterized these recent laws, but it is now guilty of discriminating against biblically based beliefs and declaring that no Final Four game will be held in any city that does not allow men to use women’s bathrooms or that protects a Christian photographer from being forced to shoot a same-sex “wedding.”

2. The Colorado Supreme Court has chosen not to hear the case of Christian baker Jack Phillips who was previously ordered by the Colorado Civil Rights Commission “to create cakes for same-sex celebrations, re-educate his staff, and file quarterly ‘compliance’ reports for two years.”

According to Jeremy Tedesco, Senior Counsel with the Alliance Defending Freedom, “We asked the Colorado Supreme Court to take this case to ensure that government understands that its duty is to protect the people’s freedom to follow their beliefs personally and professionally, not force them to violate those beliefs as the price of earning a living. Jack, who has happily served people of all backgrounds for years, simply exercised the long-cherished American freedom to decline to use his artistic talents to promote a message and event with which he disagrees, and that freedom shouldn’t be placed in jeopardy for anyone.”

The Court declined to hear the case, meaning that the state’s Civil Rights Commission not only has the power to require a bakery to make same-sex “wedding” cakes but also to require that baker to “reeducate” his staff and file regular reports proving that he is baking those cakes.

Chairman Mao would be proud of state-mandated “reeducation” like this.

3. Dr. Eric Walsh, the highly qualified, newly hired District Health Director with the Georgia Department of Public Health was fired because of the content of his sermons as a Seventh Day Adventist.

As expressed by Jeremy Dys, an attorney with First Liberty, which has taken on Walsh’s case, “No one in this country should be fired from their job for something that was said in a church or from a pulpit during a sermon.” And as noted by attorney David French, “Working for former president Bush and President Obama to combat AIDS, serving as a board member of the Latino Health Collaborative, and starting California’s first city-run dental clinic for low-income families dealing with HIV/AIDS wasn’t sufficient to overcome the horror at Walsh’s Christian views.”

How dare he preach what the Bible says and try to serve his country at the same time.

4. Several senators have introduced a bill that would deem “all efforts to change someone’s sexual orientation or gender identity an ‘unfair or deceptive act or practice’ under the Federal Trade Commission Act.”

That’s right. It would be illegal — a form of “medical malpractice” — to counsel someone struggling with same-sex attraction or gender identify confusion, but it would be perfectly legal to encourage someone to embrace those attractions or act on that confusion.

A man goes to a psychologist with a problem. “Doctor,” he says, “I’m suffering terribly. I feel like a woman trapped inside the body of a man. I want to become a woman.”

The psychologist responds: “No problem. We can discuss this idea for a couple of years, and if you’re still sure you want to be a woman, we can have a surgeon remove your penis, give you hormones for breast enlargement and make other changes to your body. Problem solved.”

Gratified, the first patient leaves, followed by a second. “Doctor,” he says, “I feel terrible. I’m a man but I feel attracted to other men. I want to change my sexual preference. I want to become heterosexual.”

The psychologist responds: “Oh no, absolutely not! That would be unethical. Sexual orientation is an immutable characteristic!”

Family therapist Adam Jessel offered a similar observation: “In today’s climate, if Bill tells me that he is attracted to his neighbor Fred’s young child and he wants to reduce these attractions, I, as a therapist, can try to help him. If Bill has an unwanted attraction to Fred’s wife, this too is something I am permitted to help him with. But if Bill has an unwanted attraction to Fred himself, then it’s regarded as unethical for me to help.”

If this new bill becomes law, it would not only be considered unethical to help Bill deal with his same-sex attractions, it would be illegal.

It would also be illegal to help a person get to the root of his or her gender confusion, but it would be perfectly legal for a counselor to recommend hormone blockers for a 10-year-old to stop the onset of puberty and then to prepare that child for sex-change surgery as soon as they were old enough.

Here are a few more examples, in shorter form, all from recent weeks.

5. The NBA announced that it will not hold next year’s All-Star game in Charlotte, North Carolina unless the state changes HB2, the Bathroom Privacy Act.

So, unless North Carolina agrees to let grown men use women’s locker rooms and changing facilities, and unless it removes protections for religious liberties, it will be punished.

6. The Department of Education has decided, “Religious schools that receive federal money yet obtain federal exemptions to [allegedly!] discriminate against LGBT students and employees will have their waivers posted online for public view.”

This means that any Christian institution receiving federal money and at the same time holding to biblical morality and sexuality could suffer adverse consequences.

“Led by Sen. Ron Wyden of Oregon, the lawmakers said in December, ‘We are concerned these waivers allow for discrimination under the guise of religious freedom.’”

7. As reported on Breitbart News, “A federal court sided with a transgender student who insisted that the Obama administration’s reading of federal Title IX rules would allow her to choose her own bathroom at her Virginia high school.”

According to the exultant Virginia ACLU, “With this decision, we hope that schools and legislators will finally get the message that excluding transgender kids from the restrooms is unlawful sex discrimination.”

In other words, no matter of what kind of hardship or inconvenience this puts on the rest of the students, and without any type of scientific proof that a child is actually “transgender,” the perceived needs of the one or two struggling children will be imposed on the other 1,000, and the Obama administration will come after your school if you fail to comply.

What’s scary is that I could have listed quite a few more examples, all from the month of April.

Believers in America, if somehow you are still sleeping, it is high time you woke up. (For more from the author of “7 Sure Signs America Has Declared War on Our Faith” please click HERE)

Video: Obama needs to walk around DC once in a while
In God America Must Trust
“Religiously Unaffiliated” Numbers of Americans Exploding
Amish Leader Gets 15 Years For Beard Attacks (+video)
No End To ObamaCare’s Hostility Towards Religion
Heads Roll As The Religion Of “Turn The Other Cheek,” Meets The Religion Of “Peace”