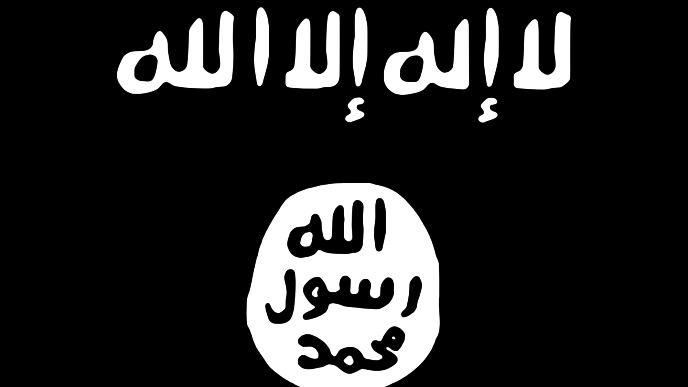 A U.S. Navy SEAL died in combat Tuesday while embedded with Kurdish peshmerga soldiers in a battle against the Islamic State, Department of Defense sources said.

The SEAL, whose name and rank were not immediately disclosed, died during an Islamic State attack on the town of Tel Skuf, about 17 miles north of the terrorist army’s stronghold of Mosul.

Keating, grandson of the late Arizona financier Charles Keating, grew up in Phoenix and attended the Naval Academy before becoming a SEAL based out of Coronado, Calif., AP reported.

Keating was conducting an advise-and-assist mission with the peshmerga, a Kurdish fighting force allied with the U.S.-led coalition in the war against the Islamic State, the Islamist militant group also known as ISIS.

“It shows you it’s a serious fight that we have to wage in Iraq,” Defense Secretary Ash Carter said in announcing the “combat death” in Stuttgart, Germany, without releasing the name, AP reported.

Presumably, U.S. troops performing that mission are not on forward edge of the front lines and do not directly participate in fighting. The Pentagon said Keating was 2 to 3 miles behind the front lines when he was killed.

The combat fatality is the third among U.S. troops in Iraq since the 2014 launch of Operation Inherent Resolve, the coalition campaign against ISIS in Iraq and Syria.

Marine Staff Sgt. Louis F. Cardin died March 21 during an ISIS rocket attack at an outpost near the town of Makhmour, about 40 miles southeast of Mosul.

And U.S. Army Special Forces Master Sgt. Joshua Wheeler, who also was performing the advise-and-assist mission, died from enemy fire in October during a hostage rescue operation in Iraq.

White House spokesman Josh Earnest said President Barack Obama had been briefed on the incident and extended condolences to Keating’s family. He said the incident was a “vivid reminder” of the dangers facing U.S. troops in Iraq and Syria.

“They are taking grave risks to protect our country. We owe them a deep debt of gratitude,” Earnest said, AP reported.

Old political hands in Washington and Arizona recall Keating’s grandfather as a politically active developer and financier who became embroiled in a savings and loan scandal that ensnared five U.S. senators, including Sen. John McCain, R-Ariz. The elder Keating died in 2014.

Of the “Keating Five”–the others were Alan Cranston, D-Calif.; Dennis DeConcini, D-Ariz.; John Glenn, D-Ohio; and Donald Riegle, D-Mich.–McCain is the only one still serving on Capitol Hill.

The ability of ISIS forces to break through peshmerga lines Tuesday underscores how the terrorist army is still able to mount offensive operations despite nearly two years of coalition airstrikes.

The attack also was a bellwether for the kind of tactics ISIS likely will use when Iraqi and Kurdish forces launch a campaign to take back nearby Mosul, a city of more than 1 million and the most populous city controlled by ISIS in Iraq.

Coalition and peshmerga reports indicate Mosul is heavily defended by multiple rings of improvised explosive devices and booby traps. Peshmerga troops say they anticipate ISIS fighters will launch waves of suicide attacks as in past battles.

According to unconfirmed reports from peshmerga soldiers in the area, the attacking ISIS fighters were able to break through Kurdish lines before a peshmerga counterattack supported by more than 20 U.S. airstrikes turned them back.

Fighting was ongoing and Kurdish authorities had sealed off roads to the area for safety.

Peshmerga troops reported multiple ISIS attacks Tuesday in the area around Mosul, including at front-line positions near Gwer, about 18 miles south of Mosul. (For more from the author of “Navy SEAL Killed as ISIS Overruns Kurdish Positions in Iraq” please click HERE)